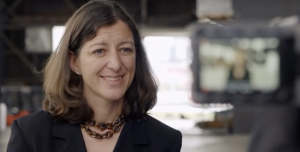 So, here in the middle, actually right up on the final run toward the mid-term 2018 elections, it was amazing to see a political advertisement that turned the standard dialogue about women running for office on its head. Paid for by the Serve America PAC, a democratic effort, this ad features eight first time congressional female candidates running across the United States for elected office. You should watch it here:

I have a long and varied path from my early identification as a feminist in the 1960s to the present Pussy Hat wearing throng of women with political ambition or political desire. This ad was new.

Seeing the ad for the first time on Facebook, my old feminist heart leapt at the visual of these women, all having served America either through military service (Marines, Navy or Air Force) or governmental service (CIA). They spoke of their service in combat, as leaders, in high-powered jobs and their desire to continue to serve their country through political service.

First impressions being what they are and quite frankly after forty years of the old dialogue about the “little ladies” running for office, I was blown away and amazed at this political advertisement. I smiled and re-posted it to several feminist friends and colleagues and planned to show the ad to my undergraduate students in triumph of a new wave of possible women candidates who could win with such a message.

But then, the scholar in me woke up and shoved aside the feminist and I started wondering what I would say to my students. The language of this ad was different than any other “woman’s” political ad that I had ever seen. They were using the language that is usually associated with male power. They were talking about flying combat planes, leading men and women into battle, leading men and women on a huge ship, working in a male-dominated investigation unit. The linguistic images were those of men. Hold on a minute.  Feminists have been fighting the image of nature versus nurture for hundreds of years and endless reams of scholarship attempting to level the playing field for both men and women.  Scholars like Sherry B Ortner (see her article “Is Female to Male as Nature is to Culture”) associate women’s lack of social or cultural power to the fact that women are considered closer to nature due to their ability to give birth and nurture children. Men are typically identified with the power associated with the protection of weaker women and children through aggression and battle. This political ad was using what many would consider male language. Rather than considering women equal to men, was this not a usurpation of “male” language just to get females elected?

As women have been afforded secondary status historically, this ad leaves us with an incredible predicament because women are not unilaterally one thing across the globe and when it comes to the concept of power there are even more complexities. It seems that we have finally begun to un-separate the “duties” of men and women in culture and un-tangle the gendered language used to understand what power is acceptable within culture. More importantly, what does it say if these women win in the mid-term election of 2018? Do women have to usurp the heretofore language of male “power” in order to win? What does this say about a woman who occupies a “traditional” woman’s job in culture such as school teacher, non-profit worker or librarian? Is female “power” now only afforded to those women who have “made it” in traditional male jobs such as combat or the CIA? That seems to be the message of this political ad.

When all these ideas came rushing into my head, I was suddenly mad. Minutes before, I was ready to run out and vote and champion this moment and minutes later I was grumpy and back to my typical “HOW LONG WILL IT TAKE?” mood. In the long run, what happens if women win using what is considered male language, and what are the consequences?