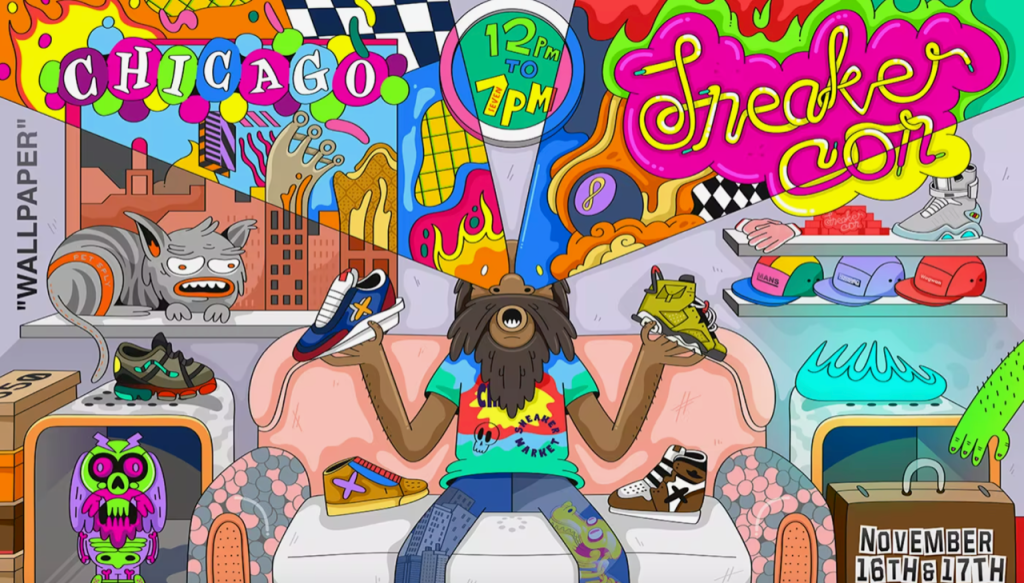 Drew Whinery, from Tuscaloosa, AL, is a senior majoring in Music, with a minor in Criminal Justice. The following post developed from a presentation originally created for an REL class with Prof. Lauren Horn Griffin.

As a college student, I tend to stay up with trends. One that has been popular for years is known as “Sneaker Culture.” The idea behind Sneaker Culture is that certain shoes, or sneakers, are released in a limited supply and many people seek them to up their fashion game or add to their collection. This supply and demand market has allowed the rise of Sneaker Culture, a community of shoe enthusiasts, and explains why millions of people gather each year at conventions, create online forums to discuss releases of the next sneaker, or even sit on their computer or smartphone waiting for the clock to strike on the hour so they can “cop” (Sneaker Culture for “buy”) their next sneaker. As part of a project for REL 241 “American Religious History,” I decided to dig deeper into the sneaker community and see how Sneaker Culture can be studied as an item-based religious movement and how doing so challenges the ways we understand American Religious History and, more broadly, definitions of religion.

In my research into this topic, I watched a documentary hosted by American actor and musician Jeff Goldblum titled “The World According to Jeff Goldblum,” where he spends time trying to understand different fads in American society. The first episode centered on Sneaker Culture. Something I noticed as I watched was the “religious” language used to describe the movement and its participants. The movement was referred to as an “international congregation” that “worships at the altar of Mr. Sneaker” by either Mr. Goldblum or the sneaker expert in which he was shadowing at a Sneaker Con Convention, Mr. Jaysse Lopez. Mr. Goldblum even went as far as to note sneakers have “become this object of worship.”

If people are talking about Sneaker Culture with religious language, how else can the trend be studied as a religious movement? If we look to how dominant religions function, we can see that there are similarities in how Sneaker Culture functions. In Christianity a practitioner has steps that they must take and follow to be a “successful or true Christian”. Some of these steps include spending time in prayer, reading the Bible daily, and putting others before yourself. In Sneaker Culture, a Sneaker Head – which is another term synonymous to that of a practitioner – has steps in which they take to be considered a “successful/true sneaker head”. Some of these include only having authentic sneakers and not having any UAs (Unauthorized-Authentic sneakers, or fakes), wearing and collecting only truly “hyped” sneakers, and staying up to date on the latest Sneaker Culture news such as drops and collaborations.

Beyond noticing similarities between Sneaker Culture and communities we commonly call “religious,” thinking about Sneaker Culture as a religious movement challenges common definitions of religion as well as what typically gets included in “American religious history.” Although I am not here to argue whether Sneaker Culture is actually religious or not, this example shows that what we include in American Religious History is decided based on our own conceptions and biases. When we take our religious studies skills and apply them to things not traditionally considered religious, we can see new ways of studying and understanding the social world. Before engaging Sneaker Culture with my religious studies skills, I would have never considered the movement to be religious. I was surprised by the new ways I was able to think about “religion” when I applied the skills from class to this cultural movement I was pretty familiar with. I hope that by reading this you are also encouraged to look back on things that are not typically considered religious and find new ways to think about them by using your religious studies skills.