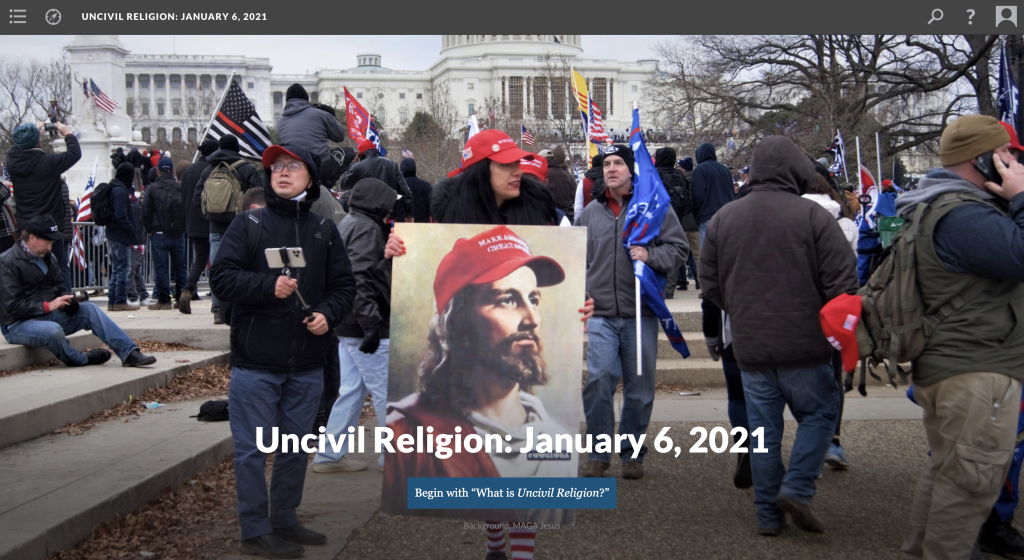 Uncivil Religion uses publicly available digital media to trace the threads of religious symbols, ideas, discourses, and identities throughout the events at the U.S. Capitol on January 6, 2021. Launching just days before the one year anniversary, the project includes a series of interpretive essays and a curated set of galleries of digital media that represent the various ways religion showed up that day. The essays, all of which were written by internationally recognized scholars of religion and politics, use individual examples of digital media from January 6 to explore the larger role of religion before, during, and after that day.

Uncivil Religion is an exciting new collaboration between the museum and the department and we are hopeful that it can grow. It is a resource that will be of value to teachers, scholars, and anyone interested in better understanding the role of religion in politics.