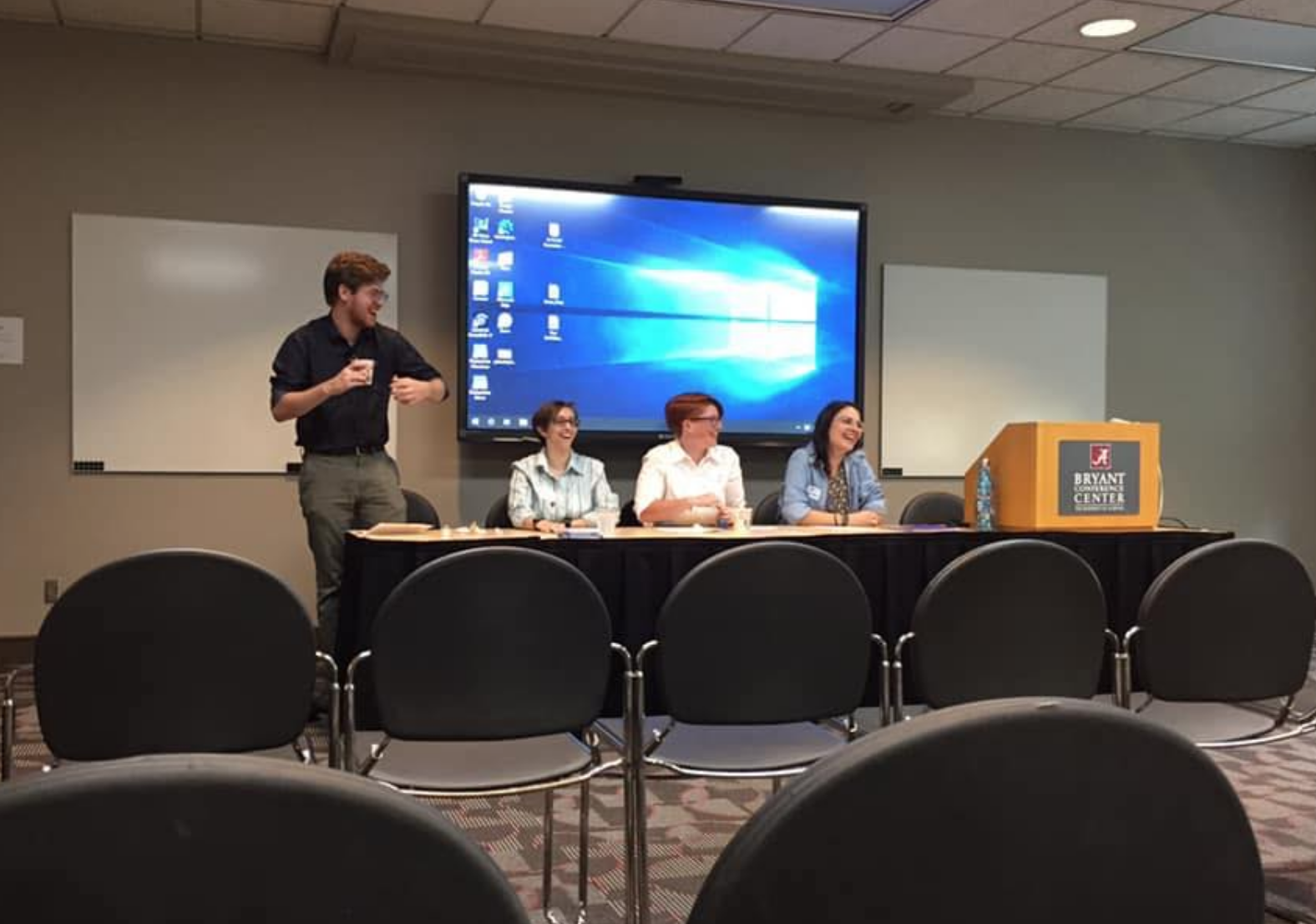 Today’s panel with REL MA students was part of the interdisciplinary culture studies graduate student conference, planned by a grad student committee and funded through the Department of American Studies at the University of Alabama. REL was represented on the planning committee by second year MA student Keeley McMurray, and it is taking place at the Bryan Conference Center on campus.

Chaired by first year MA student Jack Bernardi (above, far left), the panel included (left to right in the above photo, and speaking in this order): second year MA student, Savannah Finver (working with Dr. Touna), presenting on the political effectiveness of the category “cult” (as exemplified in the so-called “Satanic panic” of the 1980s); first year MA student Allison Isidore (working with Dr. Newton), whose paper was on the often unrecognized civil rights contributions of Jim Jones (who later was, of course, at the center of the mass killing of his many of his church’s members); and Keeley (working with Dr. Altman), whose paper examined the religious rhetoric that surrounds various historical representations of Nat Turner and the unsuccessful 1831 rebellion that he led in Southampton County, Virginia.

Although clearly on diverse topics, the papers all involved issues of classification, from how scholars and the media alike represent marginal groups and how what many would see to be outrageous acts can overshadow other things that social actors also accomplish to how people often use (and thereby subvert) the dominant categories, in which they are themselves placed, to accomplish goals of their own. In this way, they nicely exemplified both a breadth of expertise as well as a shared focus among our students and faculty.