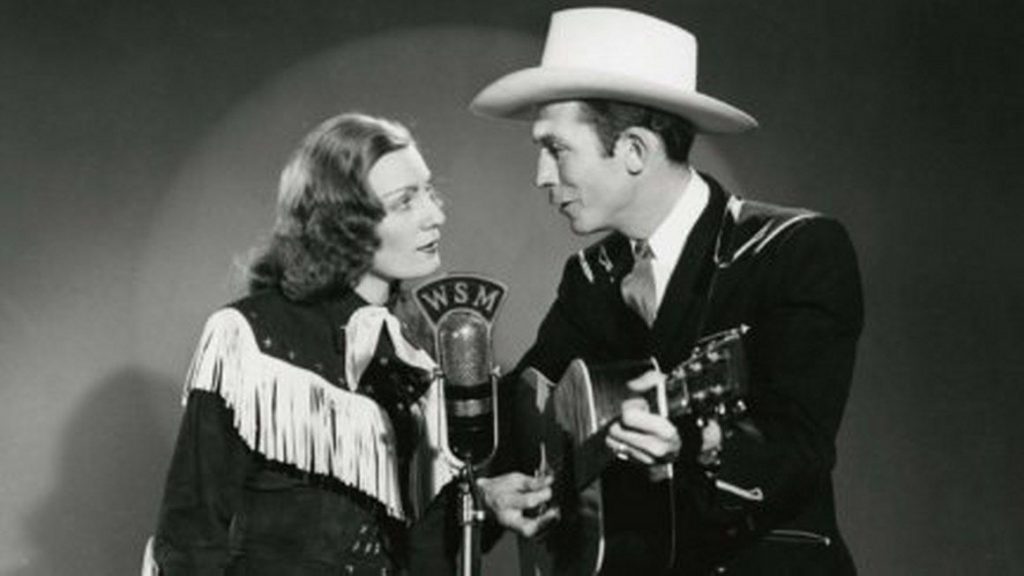 You a fan of country music? If so, then you may already know about Ken Burns’ new 16 hour documentary, on PBS. (Maybe you’ve seen some of his others…?) But if you’re not a fan you probably should still be watching it, since (at least in the first episode) it provides some wonderful examples of how a scholar who goes digging in the archives, after the little details, can unearth some really interesting things.

How about the direct link between the early days of radio and local companies looking for a new way to advertise their products (e.g., life insurance), strategically building content (like musical performances) around the ads so as to attract a certain sort of listener, aka customer….? For example, that pic above… Station WSM (We Shield Millions) in Nashville was founded by National Life and Accident Insurance Company.

Or what about the self-conscious refashioning of performers from urban centers as country folk once promoters settled on “hill billy music” as the genre for this newly marketed old timey music….?

Or maybe the importance of building on and adapting pre-existing styles and instruments from elsewhere (e.g., the banjo’s predecessor which arrived with African slaves and the violin which came to the U.S. with European immigrants)….?

Not to mention how the narrative widely adopted by the media in the wake of Pres. Trump’s election (concerning a voting bloc of white folk outside urban centers all feeling marginalized) can also be mapped onto explanation of country music’s beginnings and continued appeal….?

And, finally, the sheer happenstance of someone seeing an ad in 1927 and driving to Bristol, TN, to audition and make a recording. And voila, the Carter family was born, along with Jimmie Rodgers and, or so many would say, country music itself.

So give it a watch — it’s a good e.g. for doing some critical thinking.