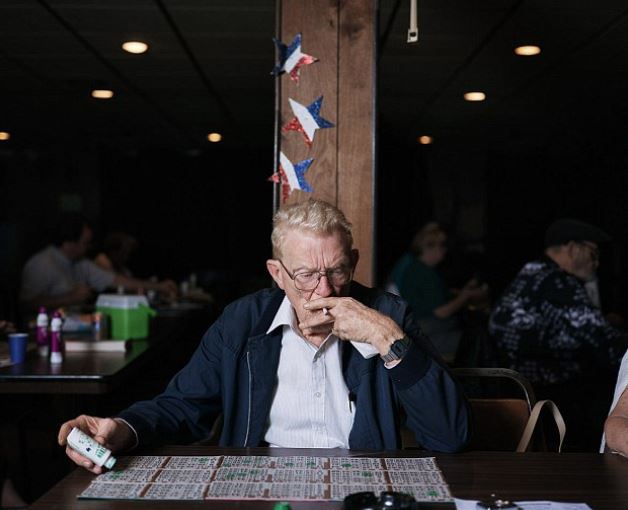 For the past few years different versions of a conference bingo card have been making the rounds on social media, with squares to check off for things like “Question that’s not a question” or “All male panel” and other sorts of typical conference experiences that many of us know all too well. In time for the start of the new school year The Chronicle of Higher Education released its own bingo card, this time for the first faculty meeting: 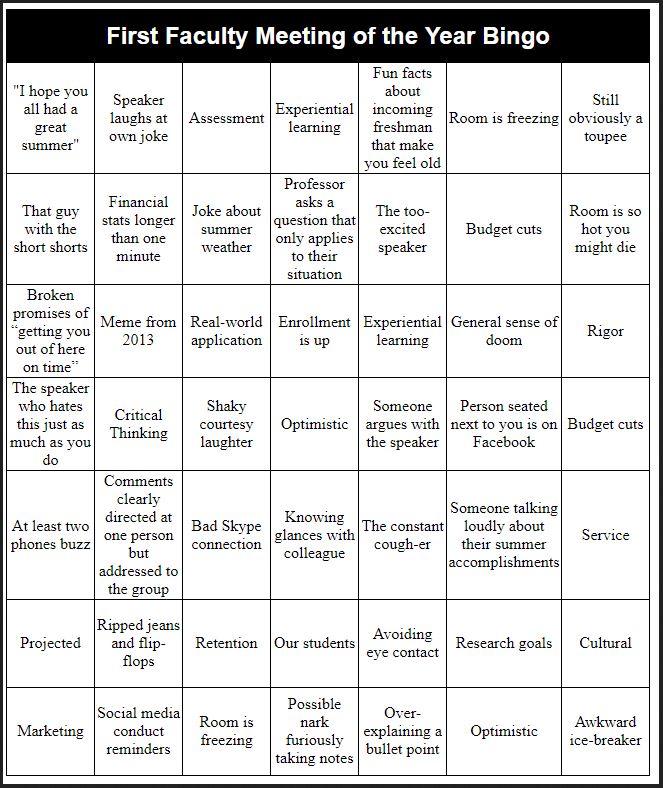 While I certainly understand the common career frustrations that these cards are aimed to address, I admit that I’ve long wondered why one of the squares wasn’t marked “Smug Faculty Member Playing Bingo at Others’ Expense.” That is, the cards, though often representing those who consider themselves marginal to the powers-that-be in the profession (i.e., they generally constitute a passive-aggressive poke in the eye of the establishment, no?), strike me as reproducing the dominant (and troublesome) myth at the heart of the profession: the faculty member as independent contractor who is hampered by the institutions in which they are forced to carry out their work.

So, sure, assessment came up at the faculty meeting that kicked off our new school year, as did research, marketing, retention, and the room was too cold for some. The thermostat was adjusted during a break but no doubt someone said “our students” and enrollment was discussed along with good dose of optimism and probably just as much posting on Facebook and Twitter. (At least we didn’t do an ice breaker, I guess — though there’s always next year!) My point: these are the necessary conditions of academia today — whether one likes it or not is another issue; whether one works to change any of them, it strikes me as utterly irresponsible on the part of those taking a leadership role in such venues not to be on top of each of these things in such a way that the rest of the faculty are also in the loop (maybe “on top of these things” and “in the loop” need a square of their own?).

Because, despite the scholarly fantasy of sitting alone reading deep things deep in some archive, faculty members are not self-employed. Although we have enviable skills for solitary work and self-motivation, we do that work in large, collaborative settings positioned within even larger, diverse, and hierarchical institutions whose existence is directly linked, in many cases, to the changing priorities of local and national politics (not to mention the scrutiny of accrediting agencies, the judgment of grant foundations, and the generosity of donors). And so it seems to me that the sooner that faculty recognize the conditions of their own work the better positioned they’ll be to try to do something about any of of those conditions that they see as hampering them accomplishing the goals that animated them when they first decided to become a professor — things like inspiring students and newcomers to the field and finding something new and writing about it for the benefit of your peers.

But we inevitably do that work in rooms that are either too hot or too cold, alongside others who — like us — sometimes over-explain the bullet points, use outdated memes, really don’t understand how to use Skype or Zencast or whatever it’s now called, and, yes, sometimes wear shorts a little too short. 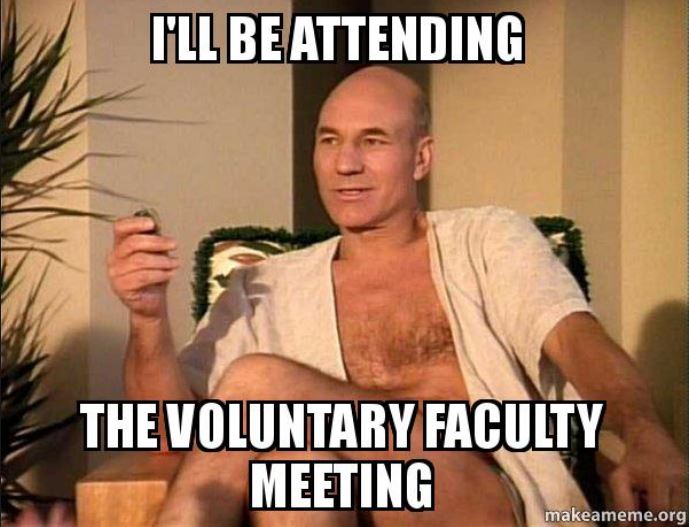