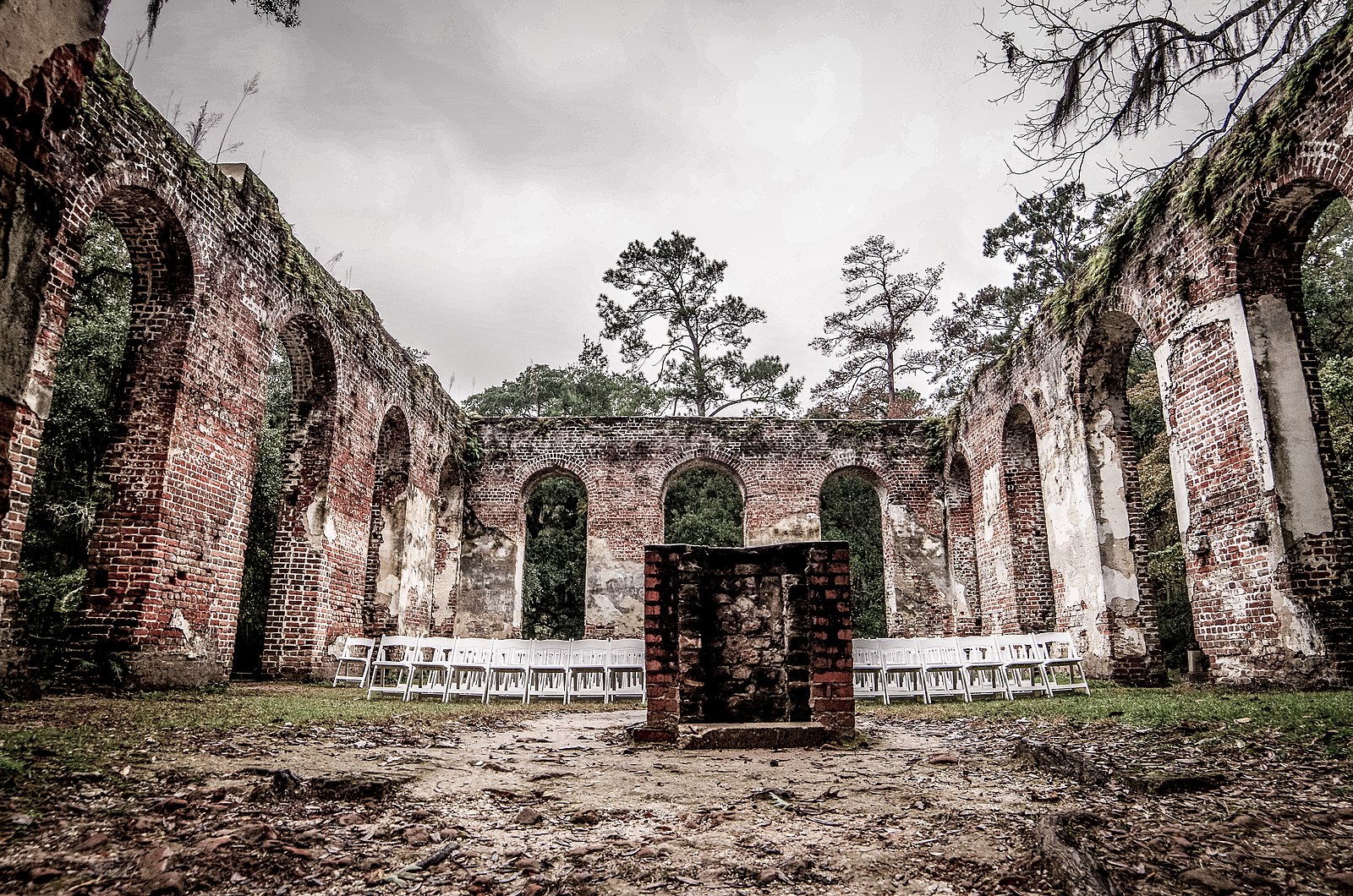 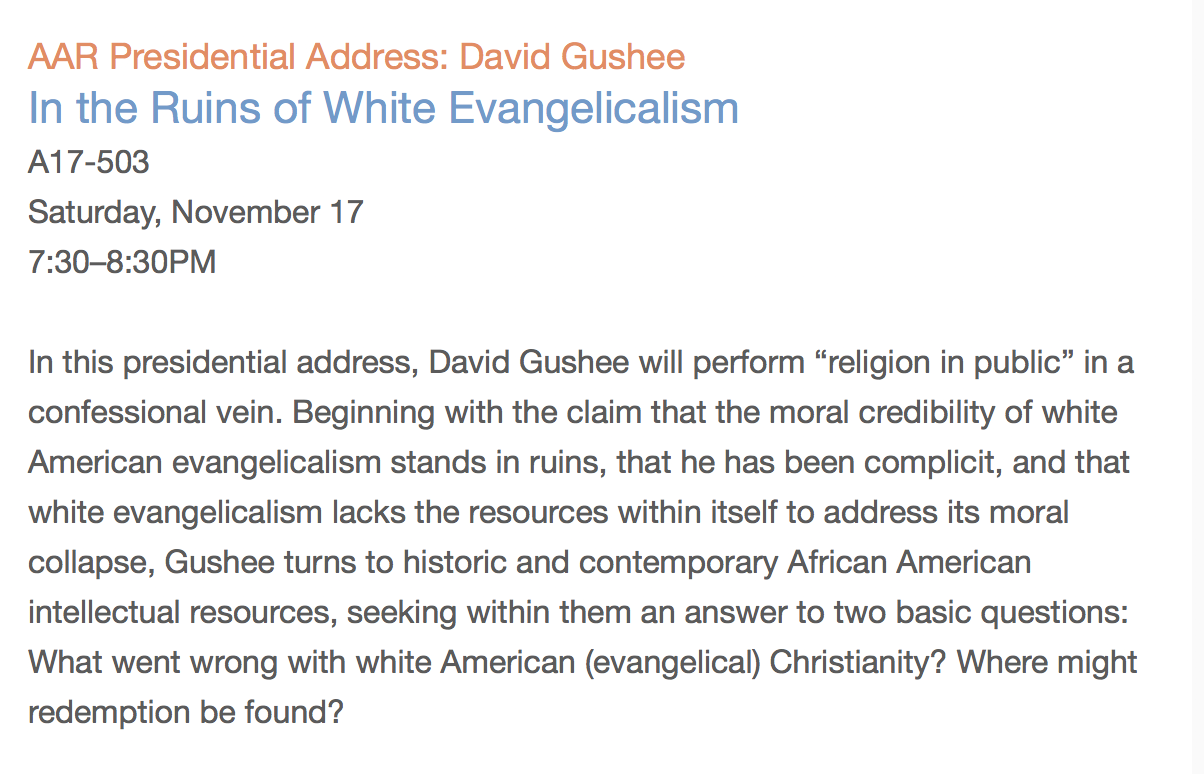 And then there’s the entire question of whether so-called white American evangelicalism is even in ruins, as these tweets point out:

Jesus Christ. If we’re going to have someone speak about the ruins of evangelicalism (a potentially worthwhile topic), can it at least be someone who doesn’t *still* identify as evangelical?!

“I, a Roman, will speak about the ruins of the Roman Empire. Oh wait. That makes no sense, because the very fact of my existence is evidence that it is not in ‘ruins’ yet.”

^^^^^this. White evangelicalism is not dead, not in ruins. It most evidently holds the reins of power.

For example, if you asked the so-called evangelicals from a small town in Alabama interviewed in this recent Washington Post article you’d find that they also see moral ruin, but for very different reasons than Gushee. As one woman in the article said,”we’re moving toward the annihilation of Christians.”

“We are in mortal danger,” Linda said.

“We are in a religious war,” Sheila said.

“We may have to fight and die for our faith,” Sheila said. “I hope it doesn’t come to that, but if it does, we will.”

For the scholar of religion, Gushee’s abstract and the WaPo story are two interesting pieces of data. Comparing the two evangelicalisms reveals stark political differences. Gushee plans to draw on African American intellectuals resources in his address  while the white evangelicals from Alabama fear an impending race war. But what they share is more interesting. While the disagree about their role, both of these two forms of white American evangelicalism rely on the images of black people. Gushee sees African American intellectuals as a source for white American evangelicalism to redeem itself. Black religion as the savior of white religion, as many pointed out on twitter.

I believe we heard that story already. pic.twitter.com/D6laWREsl4

Meanwhile, the Alabama evangelicals cannot shake the fear of a black president and violent black revenge that drive their politics. Indeed, both Gushee and the folks in Alabama see themselves at risk. They both agree that it’s not a good time for white evangelicals in America.

I won’t be able to attend the AAR meeting this year but I encourage my colleagues to attend Gushee’s presidential address. It will be a good place for the scholar of religion to conduct field work. Pay attention to Gushee’s argument. Watch for the ways that he tries to distance himself from the white evangelicals in Alabama. Also pay attention to the audience. Does he get any amens? What’s the feel in the room? Does he get any cheers? Any jeers? What happens when the “other” evangelicals talked about? Because, if the speech is anything like the abstract, it will be an opportunity to study how social actors fight over important categories and identities like “evangelicalism.” If Gushee plans to perform religion in public then scholars of religion should be prepared to study him.

1 thought on “Whose Evangelicalism is in Ruins?”