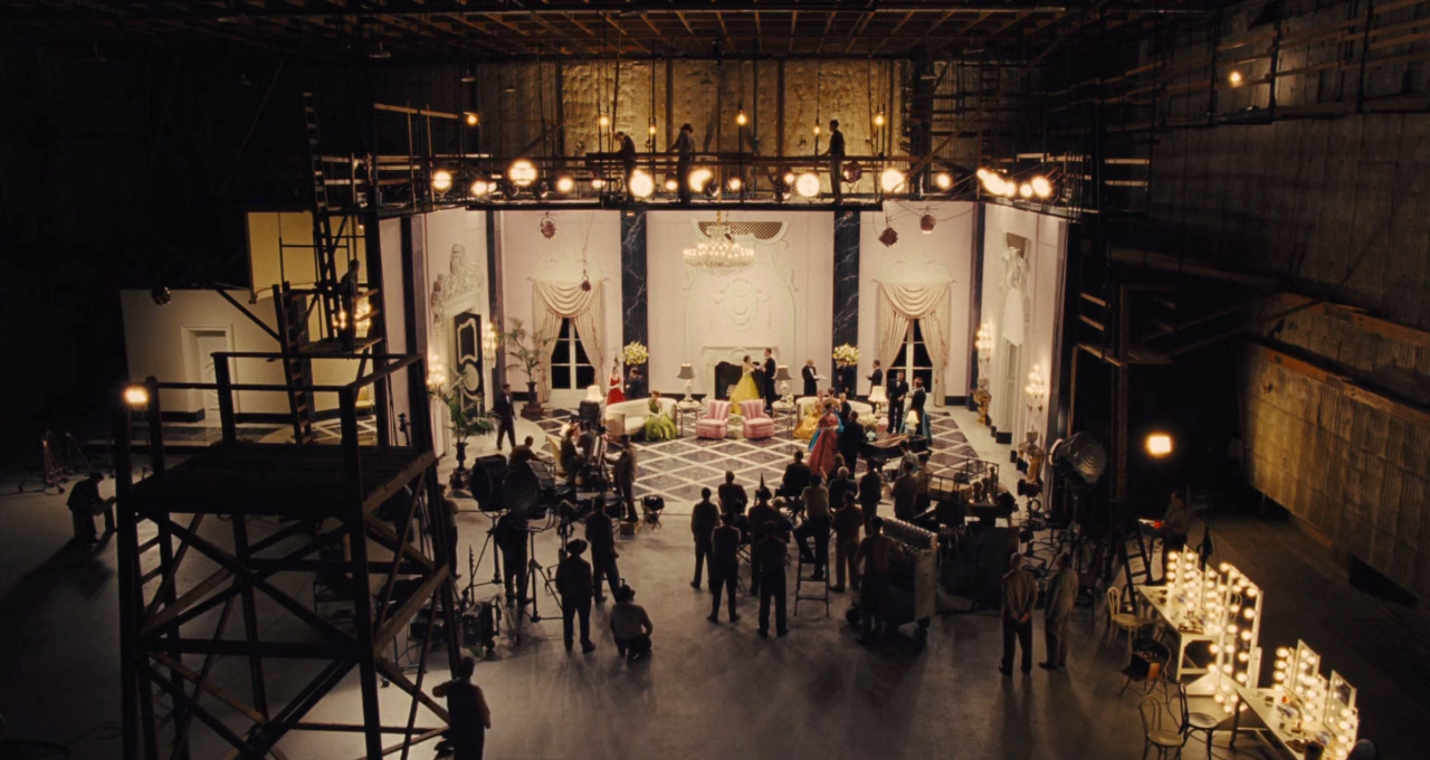 Alexander Leonardo Tamez is a senior majoring in Religious Studies. He resides in San Antonio, TX. The following blog post was written for REL 360: Popular Culture/Humanities.

Hail, Caesar! (2016) is the Coen brothers’ love letter to Hollywood. They have come a long way from the starving artists who cleverly penned their ode to writer’s block 27 years ago in Barton Fink (1991). In a way they are celebrating not just the industry they partake in, but by way of the film’s content, also the rich intellectual history of auteurism after the likes of Wilder’s Sunset Boulevard (1950), Fellini’s 8 ½ (1963), Godard’s Contempt (1963), Bergman’s Persona (1966), and even Woody Allen’s The Purple Rose of Cairo (1985).

Barton Fink is told from an outsider’s perspective. It is honest to the Coen’s then knowledge – or rather, anxieties – about the Hollywood industry, wherein newcomer Barton Fink (John Turturro), desperate to write his screenplay, chases after a washed up studio scriptwriter for inspiration, hinting at that cheeky nihilism that has defined their style. The movie ends in chaos after Fink succumbs to a series of failed attempts to write his script (the Coens actually wrote this while making their first film Miller’s Crossing – to overcome writer’s block!). However, this shouldn’t be seen as some kind of defeatist, nihilistic masochism expressing a belief that they couldn’t ever fit into Hollywood, nor is it a critique of the film industry, but is rather a kind a therapy for the Coens to vent their fears to prevent themselves from confusing artistic vision with monetary success (Barton is writing for salary, not passion).

In Hail, Caesar! (nearly 3 decades after Barton Fink) the Coens take us on a grand tour of Hollywood, which suggests the great pride and mastery they have attained in their cumulative careers; and yet, the same problem remains: managing artistic creativity under the demands of production. The main dilemma the Coens are concerned with is film as myth, as exploitation. In other words, the Coens want to explore how film can be a legitimate art form despite the unreality of fictional storytelling. If movies “aren’t real,” is film the new opiate of the masses? The film’s communists think so. If film is the new religion, are movie theaters the tomb of its dead god – the auteur?

By making a film about making films, the Coens are at the same defining what films mean to them, with the characters as their interlocutors. The title itself, Hail, Caesar!, taken in context, can be understood as Hail, Money!, implying the supremacy of the producer (symbolized by Capitol Pictures) over the director (the film’s creative power), but the Coens remind us who produces the producer: the director. By confronting the very process of filmmaking itself, by driving it to its extremities, the Coens are refining their craft by demonstrating that the very pleasure of watching films, or the interesting conversations that they can raise, make films worthy of being made in their own right. The Coens critique the Walter Benjamin-esque critics of Hollywood by giving them what they want: an exposé about the film industry by presenting to us what is in many ways an already deconstructed film; and yet, the power of art reigns supreme, reminding us that Hail, Caesar! is simply a film to be experienced if we had but…