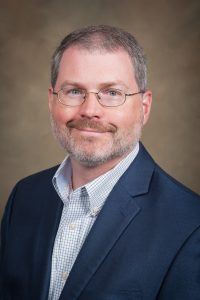 I enrolled way back in 1992, and I earned a BS in Business Management.

I wanted to be a psychologist.

I did not discover the Department of Religious Studies until I was a senior.  If I had found REL sooner, I would have taken more than one class.  Our class was divided up into small groups.  Each group was assigned a major world religion, and we were asked to teach the basics of that religion to the rest of the class.  I was in the Buddhism group and found inspiration in the concept of the middle way.  Virtue is a mid-point between polar extremes.  It was completely different than the spectrum we typically use in the West where good is on one side and evil is on the other.  Instead, balance was healthy and virtuous, and extremes were harmful.  Courage was a mid-point between cowardice and recklessness.  A healthy diet was a mid-point between gluttony and starvation.  I did not become a Buddhist, but I did gain a new perspective.  I was and I still am skeptical of supernatural claims, but I did gain an appreciation for Eastern philosophy and religion.

I am the Director of Risk Management here at UA.  I was thrilled when I was offered the opportunity four years ago to work for my Alma mater.  And that lesson about the middle way is still with me.  Finding the middle path between cowardice and recklessness is a great description of what risk managers do daily.

I would give advice to my freshman self: Take more REL classes. Perhaps get a minor or a double major.