As a young lad in the 1984, I listened to the song by Rez Band that asked “Who’s Real Anymore?” Wendy Kaiser’s answer implicitly raises Holden Caulfield’s indictment of “phony” against the evangelists of her time. According to Kaiser, their televised personalities were not really Christian because their bottom line was money rather than real evangelism.

Intellectual discussions about real versus not-real begin long before the 1980s. These discussions track along different lines, too. Questions concerning claims about reality have been topics in the histories of philosophy from around the world. Debates about realism and non-realism are debated among the sciences, social sciences and humanities. Philosophers of religion concern themselves with this issue, as well as critical theorists who variously engage arguments such as Carl G. Hempel’s Theoretician’s Dilemma.

An interesting example arose in my class, “Survey of Asian Religions,” where many students met the pop star Hatsune Miku for their first time. Miku is perhaps the most successful and prolific pop artist in human history. Already famous in Japan, Miku’s introduction to many North American fans tour was as the opening act for Lady Gaga’s ARRTPOP Ball in 2014, where she appeared just as Tupac Shakur did in 2012 at Coachella. She has hundreds of songs in English now available on Bandcamp as well as full albums on on iTunes and Amazon. She has over 4,000 commercially available songs as well as thousands more available non-commercially.

No single person has ever achieved this level of artistic output. The most prolific composers in human history are Georg Philipp Telemann (1681-1767) and Duke Ellington (1899-1974), who individually wrote just over 3000 compositions.

How does she do it? Hatsune Miku is a Vocaloid pop star created by Hirojuki Itoh, the  CEO of Crypton Future Media. Miku and her music is created by thousands of people who are mostly strangers to each other. Her fans work online to create and share new materials. They constantly comment on each other’s work in order to render increasingly better iterations of what they collectively think Miku should be.

Some people react to Miku like a 1980s televangelist or certain realist philosophers. She’s not real. Just because her entire persona has been created by her fans does not mean that Hatsune Miku is fake and not real. She is as real as any other social identity. People are really enjoying “her” media, which includes “her” music, visual art, poetry, fashion, videos, concerts, etc. Useful words for describing her popular success are: grassroots, DIY, crowd-sourced, participatory, collaborative, connected, bottom-up and dispersed. While these terms are not those typically used in philosophical debates, there may be discussions in religious studies may have some useful things to say. 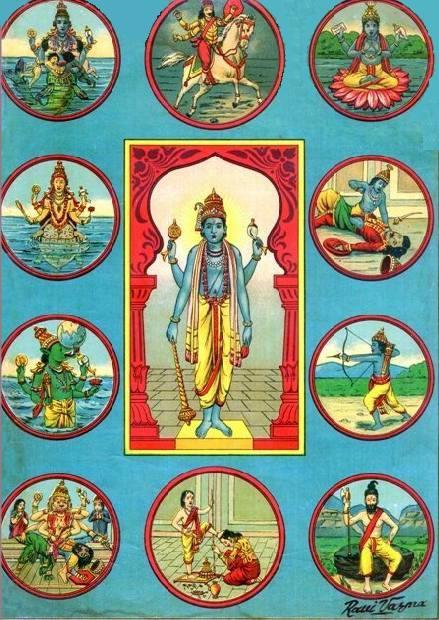 One way to think about the reality of Miku may come from pairing uses of the term “avatar.” The word is common in the online world, where “avatar” typically refers to the representation of an otherwise corporeal identity in a virtual world. This use of the term is different from its religious uses. The English word “avatar” comes from a Sanskrit word: अवतार. Sanskrit is a South Asian language that is used for religious scriptures in Hinduism, Buddhism and Jainism.  Avatar is the word used to name the worldly representation of gods and goddesses. The avatars of Vishnu, for example, may show a relation to the online use of the term.

And so, Hatsune Miku is at the crossroads of these two uses in the following sense. She is an avatar in the Sanskrit sense, where Miku distinctly appears in people’s social worlds as the embodiment of metaphysical ideas. She is an avatar in the online sense, where Miku is a distinct personality that appears in people’s online worlds. Miku is a fiction whose agency has decidedly corporeal effects on the world. And note that this agency is not traceable to any one individual. Are there analogues in the study of religion?

1 thought on “Identity at the Crossroads of अवतार and Avatar: What’s Real about Hatsune Miku?”