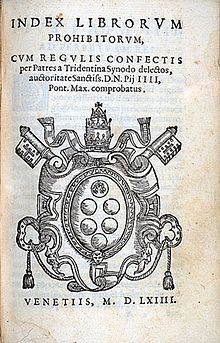 In June of 1966 the Vatican announced that the Index Librorum Prohibitorum (List of Banned Books) had been abolished, though it still maintained its moral force. Of the books on this list, Charles Darwin’s Origin of the Species was not mentioned.