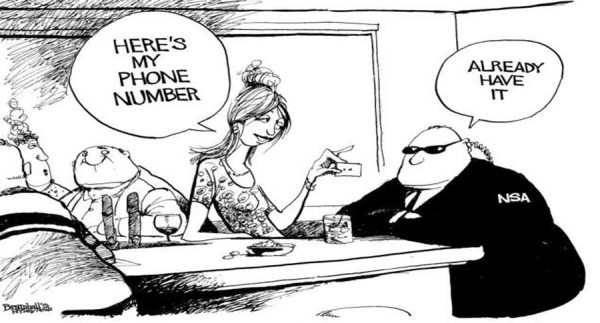 Matthew McCullough is a Junior from Huntsville, AL majoring in Religious Studies and Political Science. The following was written for REL 360: Popular Culture/Public Humanities.

In a time when technology is more integral to our communication than ever, it is interesting how often people overlook the fact that as we become more immersed in technology, our private life inherently becomes more embedded in it as well. Sure, we may use a pin number to unlock a cell phone or a password to access an email, but in reality many people take a great deal for granted when it comes to their private information that now resides in the electronic world. In just under two hours, Laura Poitras’ documentary Citizenfour not only forces Americans to evaluate their cyber security, but also confront the uncomfortable notion that the entity posing the greatest threat to it is not some band of hackers, but our own government.

To bring this to light, the film uses the information exposed by former NSA contractor Edward Snowden, who revealed a secret NSA system of mass-surveillance that has been spying on every American and millions of other people around the world since the September 11th terrorist attack in New York fifteen years ago. The fear and tensions that naturally followed this incident allowed the passage of the Patriot Act, which has since served as the legal justification for the construction of this system housed within the NSA. Despite this legislative foundation, much of the controversy in the film arises from the fact that the surveillance has evolved to include illegal and invasive measures against all citizens, and that the government has lied multiple times in attempts to cover it up, even in congressional hearings.

While the government has not denied conducting surveillance, they have consistently attempted to deceive the American public about the nature or extent of the data collection. The government initially claimed it was only collecting what is called metadata, which essentially amounts to who is communicating, where they are, what they’re purchasing electronically, etc., a process that is invasive in itself, as collection of this type without probable cause or court approval seems to be in violation of a basic right to privacy and protection against unreasonable search and seizure guaranteed by the 4th Amendment. However, the documents released by Snowden with the help of Poitras and another journalist, Glenn Greenwald, revealed that the government, in addition to collecting metadata, also has access to the content of every communication as well. This means that not only does the government have access to virtually every type of electronic call, message, social media post, or any other electronic communication, but that service providers such as AT&T, Google, Yahoo, and countless others are betraying the trust of their customers by secretly providing (most likely selling) this information to the government.

A system of this magnitude has serious implications for our status as a democracy. This essential elimination of privacy is the first step in the process of the government being able to control belief. Freedom of thought is essential to democracy, but a surveillance system such as this allows the government to detect and potentially deter any idea that conflicts with its interests. In a democracy, the government’s interests are theoretically ours, those of the people it represents, but as individual voters in a massive political machine representing more than 300 million people, citizens are often left feeling completely disconnected from the government and its agenda. For these people to be fairly represented, they must be able to voice opinions of opposition and protest when they feel compelled to do so. While surveillance itself does not prevent this kind of action, it puts a mechanism in place that, were policy protecting dissent and/or protest changed, could be used to rapidly identify and control those with beliefs conflicting with government agenda. This change is not outside the realm of possibility, and even before it occurs, the mere existence of a system for controlling belief accomplishes a large part of the government’s goal. When people know they are being monitored, they begin to police themselves, effectively defending against anti-government ideas before they even become conversations, much less the type of mass movement it takes to truly effect change.

Even if you do not feel compelled to use it currently, every citizen should be extremely interested in the protection of the right to meaningfully protest or at the very least disagree with the government. If it becomes the case that they are no longer able to, the ability to accurately describe the United States as a democracy is critically threatened. While the internet has vastly expanded the scale and methods through which belief can be shared, it has also allowed these expressions to be monitored more easily than ever before. This oversight is just one of many arms of government power, and now that the mechanism is in place, it could easily be flexed to control any type of belief, whether political, religious, or otherwise. This scandal does not necessarily mean that the government is out to control citizens in this way, but the extent of the system, its questionable legality, and the government’s efforts to keep it secret can certainly be seen as cause for concern. This information is something Snowden felt was worth risking his life to expose, and Laura Poitras’ documentary Citizenfour made a dramatic impact in educating the public on an issue that could potentially have disastrous consequences for American democracy in the future.