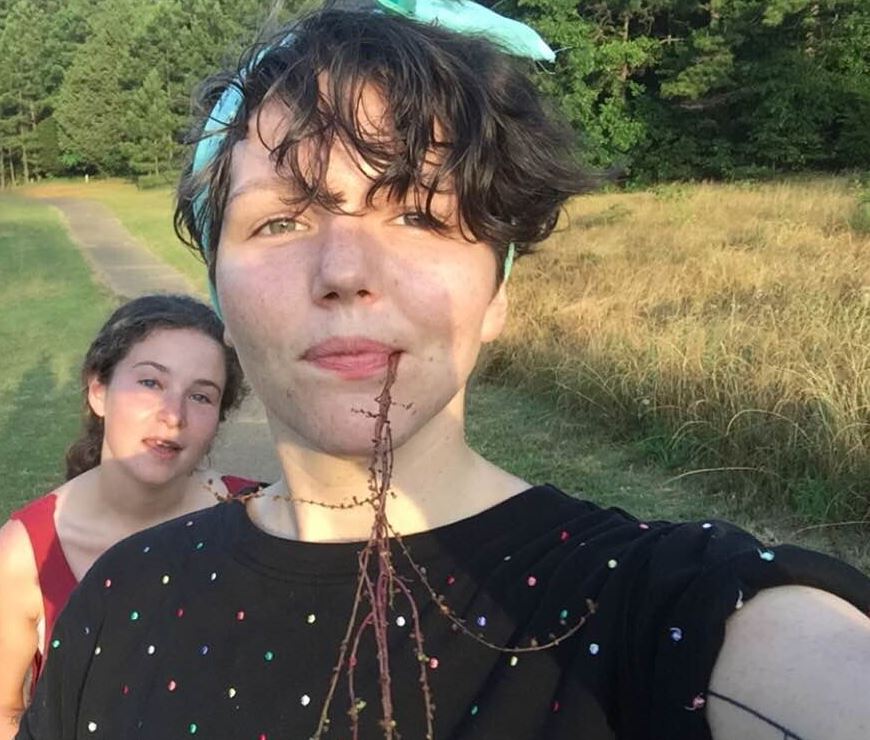 Madeleine Lewis is a senior studying mathematics and religion at the University of Alabama. They spend their time researching conspiracy theories, making tacos in a tiny kitchen, and inciting resistance in their peers, among other things.

We’re asking some current REL students to finish a few sentences for us….

The first REL course I took at UA was: Religion and Literature: Authority, Authorship, and Canon with Dr. Simmons.

One of the most curious things I’ve learned so far in one of my REL courses is: the context leading up to Jim Jones’s mass murder at Jonestown and the group dynamics of The Peoples’ Temple.

A practical skill I’ve learned in REL is: how to form lasting and friendly relationships with my professors.

The coolest thing about the second floor of Manly Hall is: the little metal trough that McCutcheon fills with peanuts and uses to feed squirrels on the balcony. I call it Basil’s buffet.

One thing not a lot of people know about REL is: how aptly theories of religion apply to popular culture and politics.

Make your own slogan: How did Donald Trump win the 2016 election? Study religion and find out.