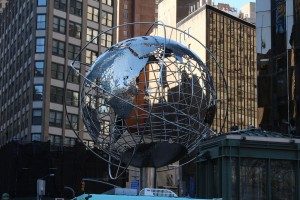 Yesterday afternoon, a swarm of protesters marched to the steps of the United States capitol to protest the undue influence of money in politics and corporate lobbying. The group peacefully approached the capitol building, and many were quickly arrested, including a journalist for the popular show “The Young Turks”. There were many reactions on social media, some considering that this could be the beginning of the next “Occupy Wall Street” movement. The revolution that Bernie Sanders has encouraged during his campaign seemed to be percolating. No matter what your politics are, in the United States, it was the most interesting story of the day.

The media did not cover it. Not even a little. I was checking the major news stations as it was happening, and there was no coverage or mention of what was happening. It reaffirmed something to me that has unfortunately been on display throughout the 2016 election: the media is selecting and neglecting, and thus, creating its own narrative. The narratives delivered by each news outlet are constructed for ideological or entertainment purposes. There is a strong argument to be made that unbiased, information-driven news no longer exists.

MSNBC and Fox News are both partisan, and on opposite sides of the political spectrum. This is common knowledge. If my politics are more liberal, there is a good chance I will seek out MSNBC to reaffirm my positions and have my “information” filtered through that ideological perspective. The same goes for Fox News if I am more conservative. For both of those situations, you are selecting a narrative more than selecting an outlet for information.

The irony is that, CNN, the major 24/7 news network that I believe attempts to be politically neutral, is the most problematic. For the past year, CNN has neglected nearly everything else happening in the world and in this country to mostly alternate coverage between Trump, the election, and ISIS. In other words, fear, drama, and more fear. There are few exceptions to this pattern.

Obama gave an interview in Chicago this past week on his Supreme Court nominee Merrick Garland, and the conflict on constitutionality between him and the Republican congress.  It was an important interview being held at the university where the President previously taught constitutional law. CNN showed the President walking onto the stage, acknowledged this was taking place, and then cut back to talking heads arguing about Trump.

Other news media outlets have excessively covered the election and Trump as well, but they still seem to have retained a balance between election coverage and other significant news that happens every day. However, CNN’s narrative is that the 2016 election is the most important thing taking place in the world right now, and that the center of international concern is a twitter argument between Donald Trump and Ted Cruz. CNN is also selecting the most dramatic stories (sometimes repeatedly for weeks), sensationalizing them, and then bringing people on the program to argue with each other for our entertainment. It is not educating, enlightening, or even communicating important information, more than it is creating a worldview and perpetuating it throughout the day.

Recognizing how a narrative is being built is an important facet of learning to deconstruct. Through deconstruction, we take nothing on face value, and contemplate why and how things are being represented. If I were to listen to CNN, I could assume ISIS is close to world domination, the global concern is over what Donald Trump said this week, and Bernie Sanders is too on the fringe to get the democratic nomination. The “news” is not not information, but narratives, and these narratives need to be constantly challenged.