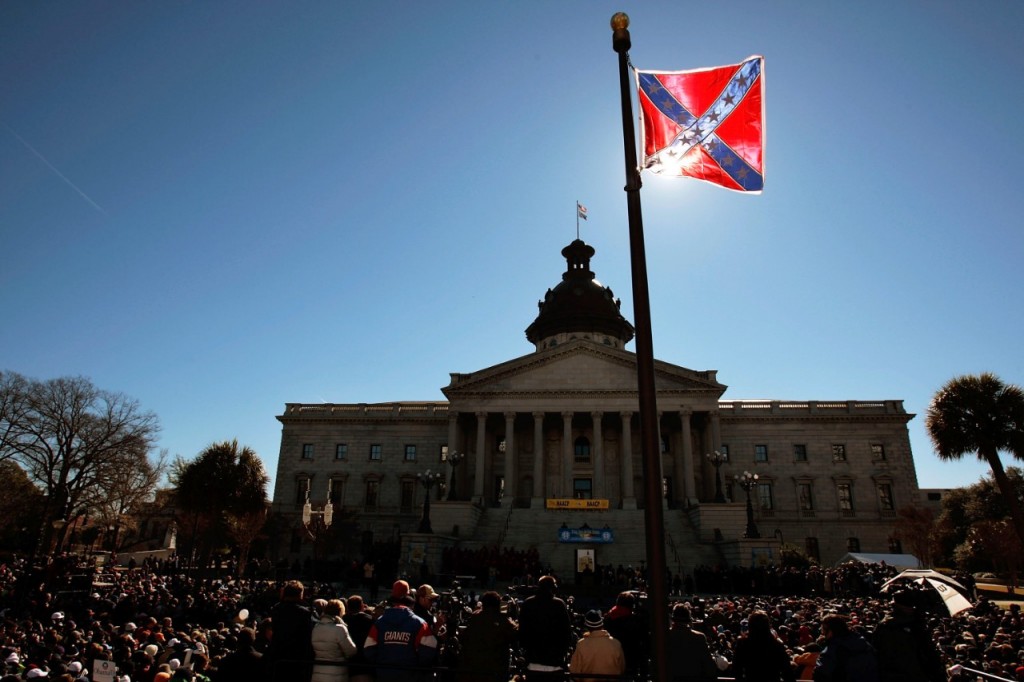 Often, history is reduced to facts and statistics, but on other occasions it is told from a more romantic, even nostalgic perspective. For example, countless memorials have been erected over the years to commemorate those who fought, and, in some cases, gave their lives for what is described as the greater good. The Vietnam War, Korean War, and both World Wards are remembered and memorialized in cities across the United States, many times with inscriptions naming those with distinct honors and those who perished. However, crucial to remember is that these items represent not the war and the efforts of those who participated, but rather the ideas, the commitments, the viewpoints, of the people who commissioned and erected the items. 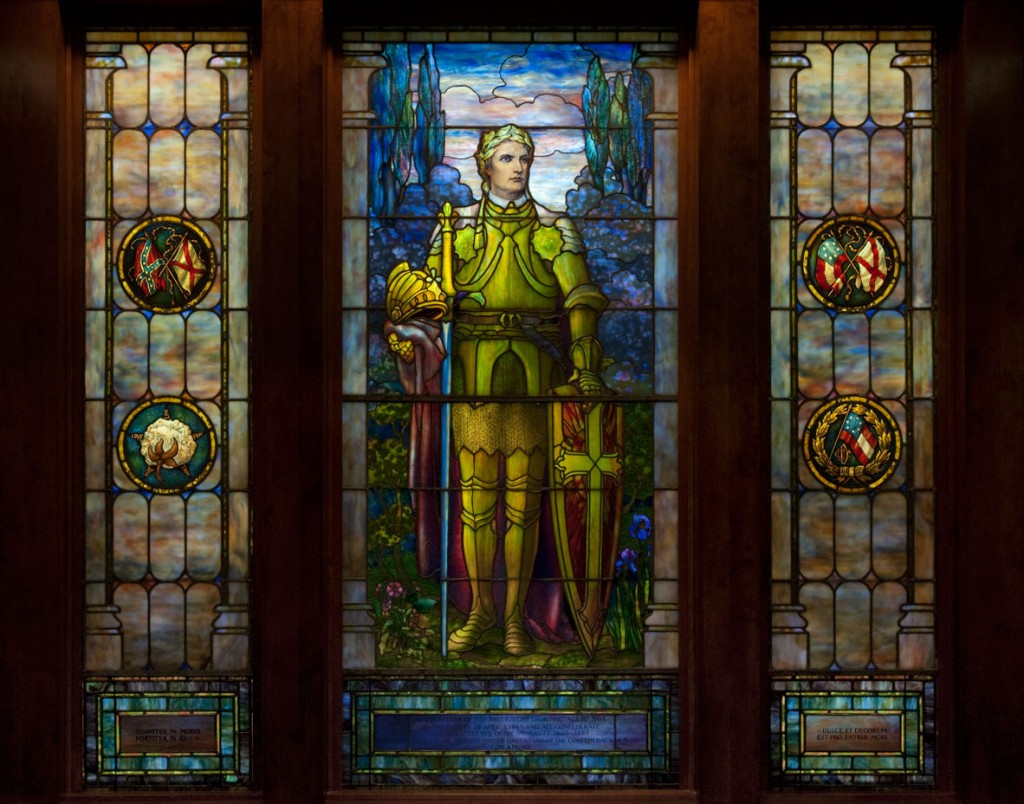 For instance, consider that, in 1925, the Alabama Chapter of the united Daughters of the Confederacy commissioned Tiffany Studios in New York to create a stained glass window to honor and memorialize the glory of the Civil War-era cadets of the University of Alabama. The window serves as a memorial to the South, not as a people or an army, but as an idea of the antebellum mentality. When the window was dedicated at the University, then in present-day Carmichael Hall (now housed in the Hoole Special Collections library),

only seven aged and former Confederate soldiers were able to attend — understandable, given how many years had passed since the war had been fought. Despite the small number of veterans, the celebration was jovial since many descendants idolized the memories of their fathers, grandfathers, brothers, and husbands who had fought and perhaps perished. For some, the cry of the South rising again likely rang in their ears, but for many this was probably a way simply to pay respects to those who contributed to a war effort in this country. In this case, the window serves less as a memorial solely remembering the Battle of Tuscaloosa (when our campus, then a military training school, was burned by Union troops), and more of a symbol of a larger world that once was: memories, for those who commissioned it and attended its dedication, of family, and what was then believed to be the right ideas (i.e. the Confederate Mission).

Even though it has been proven that Joshua and the Hebrews did not destroy Jericho, the story of those tumbling walls lives on for some as an ode to those who came before them and as a way to recreate their own sense of community. In much the same way, all of these memorials — Union or Confederate, State or National — honor those who, in the minds of those who created them, “[a]s crusaders of old they fought their heritage to save.” For while one side may see the American Revolution, for example, as a strong rebellion against tyranny, the British will remember the revolution itself as tyranny. All in all, while the interests of those who erected the various items are what gave them original validity, the honor that accompanies them today comes from those who continue to attend to them — suggesting that looking for their meaning in the long-past deeds they commemorate might be looking in the wrong place.