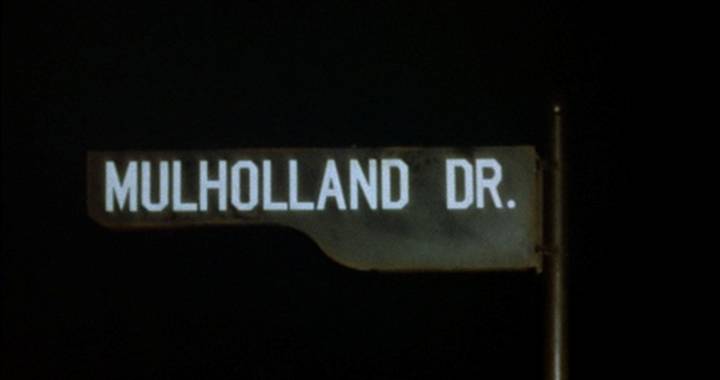 Catie Stewart is a junior at the University of Alabama from Madison, Mississippi. She is double majoring in English and Religious Studies and minoring in Psychology. This post was originally written for Dr. Rollens’ course, REL 360: Popular Culture/Public Humanities.

Recently I found myself sitting in a dark room staring at a projector trying to make sense of what I was seeing. It was our fourth and final REL 360 meeting, and there were only thirty minutes left in the movie that Dr. McCutcheon had picked for us to watch.

I was completely lost.

Should I have expected this from a David Lynch film? Probably. However, when Dr. McCutcheon inserted Mulholland Drive into the DVD player at the beginning of the meeting, I had been certain that what I was about to see would make perfect sense.

We often feel that way about movies, don’t we? We think that maybe we’ll get a little lost in the middle, but by the end of the film, we’re sure to understand exactly what it was about. We’ll either love it or hate it, or maybe we’ll think it’s just alright, but either way we’ll have taken away some central meaning. Then, when someone asks us what the movie was about, we’ll say, “Oh, it was a love story,” or, “It was a typical action movie.” Hence, we draw similarities and differences between films by inventing a means of classification in the form of genres.

But there I was, completely confused and unaware of any central theme with only thirty minutes remaining in the movie. And the worst part was that by the end of those thirty minutes I was even more lost than I was before. The entire movie seemed to have been filmed in pieces and then placed back together again. The people who I perceived to be the main characters were not part of the only storyline throughout the film, and their names and stories completely changed toward the end anyway. If I had grasped anything at all up to that point, everything was turned onto its side and I was lost once again.

So what was I supposed to make of this film that completely and utterly baffled me? How would I explain this confusing series of muddled scenes to someone who had never seen the movie?

Classifying movies and sorting them into self-made genres is an act that is inherently based upon our own pre-conceived notions about what a movie should look like. If it’s in the horror genre, we expect to see suspense, killing, and perhaps a chainsaw or two. If it’s in the comedy genre, we expect to laugh a lot and to be entertained by a somewhat unbelievable storyline.

This act of classification is much like the type of classification we do when thinking about religion. Using the term “religion” already establishes that we have drawn a line in the sand, if you will–a distinction formed by our own assumptions. Even if we accept this self-created category and delve into the specific practices and beliefs that we consider to be a subtype of religion, we encounter the same problem. Just like the various movie genres that we construct to categorize fioms, we establish divisions of religions to make sense of this entity that is inherently indefinable.

So where does Mulholland Drive fir into this construction of movie genres? Is it a drama? Is it a mystery? Is it a thriller? Maybe it’s all three. Or maybe it simply does not fit into the system of classification that we have established, so we cast it aside and call it the exception to the rule.

This isn’t necessarily troubling in the context of film, but consider the trouble that comes of this type of analysis when we consider religion. Who has the authority to deem one practice religious and to expel another practice from the category altogether? And even more troubling than the question of authority is the inherently political nature of the act itself–the cause of our creation of these distinctions between religions is our pre-conceived notions of meaning and our individual biases. We have personally constructed the term “religion” and its affiliate branches in order to make sense of the world around us, and the ways in which we categorize practices within this system reveals little to nothing about the practices themselves, but rather everything about the people categorizing them.