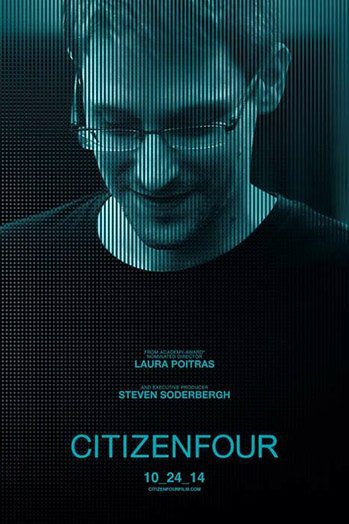 Melanie Williams — who graduated in 2006 with a B.A. in Anthropology and Religious Studies — is currently studying to become a commercial pilot at Gallatin College in Montana. She recently did a happy dance after earning her private pilot’s license.

Last night I watched “Citizenfour” at the Emerson Center, an old community arts building. Have you heard of the movie? It’s gotten a lot of Oscar buzz, according to the Bozeman Documentary Series director who introduces each feature. This film is directed by Laura Poitras and was shot mainly in Hong Kong, in the hotel room of Edward Snowden, as he prepared to release classified documents outlining the U.S. government’s covert and unconstitutional surveillance programs to The Guardian and The Washington Post.

Since it’s a documentary, not a feature film, I found myself paying less attention to the screen and more attention to the audience. I half-expected everyone to rise out of their seats and tear down the stairs and into the streets — to march with torches ablaze straight to, say, the courthouse, to start smashing windows. I wondered if I would join them.

Will I join them if they do that?

I wonder what will finally make us break?

When will I have to decide?

But the movie ended and everyone clapped, then filed out of the theatre as if they had been entertained. Is that what the movie is for? Our entertainment? Or are we so accustomed to the notion of a make-believe world projected onto a screen that we no longer recognize a mirror? The only reaction I heard at all was a women telling her companion:

I can’t believe he didn’t have a better plan. He seemed to have had no plan at all.