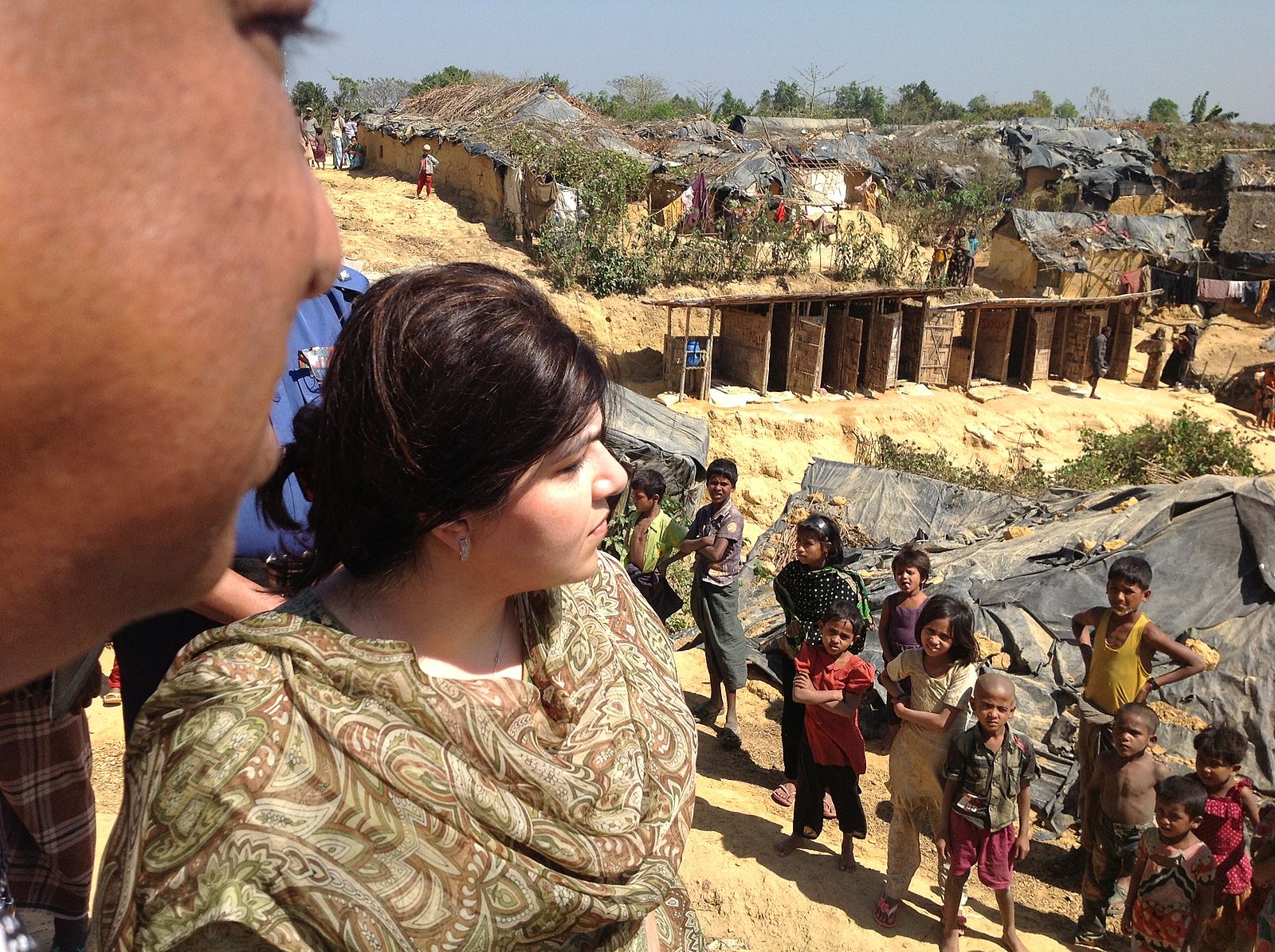 Dana Grant is a senior pursuing a Liberal Arts degree through New College. She is interested in the development of the self and the acquisition of knowledge, and how they affect people’s daily lives as well as the world as a whole. This post was originally written for Dr. Ramey’s course, REL 321: Religion and Identity in South Asia.

For quite some time now there has been increasing tension in Myanmar between groups that identify as Buddhist and Muslim. According to New York Times’ “Myanmar Policy’s Message to Muslims: Get Out” by Jane Perlez, Myanmar’s new policy, the Rakhine Action Plan, is causing thousands of people who identify as Rohingyas – a persecuted Muslim minority group – to flee the country with the ultimate goal of reaching Malaysia. The policy is forcing the Rohingyas to prove their families have lived in Malaysia for over 60 years (most do not have this type of documentation) to qualify for a second class citizenship or be placed in holding camps awaiting deportation. This policy is only one of Myanmar’s government many steps in marginalizing and segregating the Rohingyas.

According to some statistics, Myanmar is a predominately Buddhist country. The extremists that are pushing the Rohingyas out identify as Buddhist and claim they are defending their faith. This can be somewhat surprising as peace and harmony usually come to mind for many Westerners when considering the Buddhist faith and tends to be the opposite for this Islamic faith. Such incidents require us to reconsider our preconceptions of these religious groups and terms. We tend to view religion in a cut and dry fashion. Religion and conflict are much more complex and interconnected than meets the eye. At times authorities exploit religion to manipulate situations and gain power. We can see this paradigm in many other conflicts around the world. The way we describe situations influences the way opinions are formed, and if we deem religion the root cause of conflict we begin to form certain stereotypes about the groups involved. This marginalization usually includes acts of violence, whether it is purely in form of language, policy, or even physical violence. The labels used in this marginalization begin to carry certain stigmas with it. An example of this is the negative connotations that most Americans have about Islamic groups. Islam has been represented in a negative light due to US disputes with Islamic extremist groups. Violent representations of these conflicts can cause Americans to form certain opinions based on the labels used to describe the group. The violent representations associated with radical Islamic groups create issues for the Rohingyas, as they may be pre-judged and discriminated against merely based on religious association.

“People really fear this plan. Our community is getting less and less. This is where they want us — out,” Mohamed Saeed, a community organizer for a camp says in the NYT article. And he is exactly right as the Rohingya ethnic group is not even a part of the new census. The members are forced to mark “Bengali”, furthering the notion that this group does not exist as a part of Myanmar. This political stunt sets the tone for how those who consider themselves Rohingyan are viewed globally and nationally as well as internally. The identity of the Rohingyas is continually being threatened and may eventually become extinct. We can see the importance of labels and how they become intertwined with identity. Labels are then connected to the concept of community. The label “Rohingya” brings together a group of people that may have nothing else in common and creates a sense of community. This sense of community can be experienced internally by those who identify as Rohingya as well as externally by those who differentiate between Rohingyas and non-Rohingyas. If the label becomes inactive, what happens to the community? Will there still be a binding force between these random people? These questions force us to analyze how communities are formed and sustained. Is it possible for some who identify as Rohingya to have differing opinions of the label? If so, it is possible the entire concept of community could be based solely upon a word, not the ideology behind it. Would this weaken the sense of community? We can see how communities are formed but more importantly we see how labels of identification overlap and constantly transform. Labels are necessary for communication but they also pose a serious threat to the existence and destruction of communities. If the Myanmar government succeeds in forcing the Rohingyas out and continues to consider the remaining ones “Bengali”, setting the tone for how the rest of the world views them, the Rohingya community is in great danger of becoming extinct.

One thought on “Religious Terror”