As I was driving recently, I listened to an episode of NPR’s “This American Life.” The theme was “How I Got into College.” Unfortunately, this post isn’t going to focus on that wider issue (interesting in its own right!), but rather on a peculiar reflection on identity that was prompted by one young man’s story in the episode. 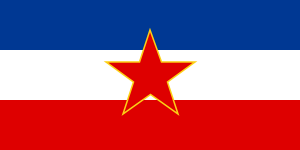 Emir Kamenica, a Harvard graduate, was born in Bosnia in 1978, which means some of the formative events of his childhood were the wars following the breakup of Yugoslavia. When the Serbs invaded his town, he managed to flee to Croatia with a couple of his family members. Shortly thereafter, Emir, his mother, and his aunt were among the first refugees to be resettled in the United States with the assistance of the UN. Destination: Atlanta. They moved into a less than desirable apartment complex, which Emir remembers as plagued by cockroaches and racial tensions. Emir was completely unfamiliar with such racial tensions and was unprepared to be generally despised by the black population because they perceived him as white. So whereas he was once subjected to violence in his homeland because of his Muslim identity, now his “white” identity took precedence and became the source of his troubles. In his own words:

“[This] was particularly ironic, given that first, I don’t know that I’m Muslim. All of a sudden, people try and kill me because they think I’m Muslim. I did not know I was white. Now all of a sudden these kids want to beat me up because I’m white.”

His confusion highlights the extent to which identities are not always of our own making, and they can be imposed on us in rather violent ways. This semester I’m teaching a course on Religion and Identity in the Ancient Mediterranean World. So far, I’ve been adamant about stressing the constructed nature of identities: that identities are not ingrained and static, that they are constantly changing and being constituted, and that people choose to develop and highlight certain dimensions of their identity at different times and in different settings. 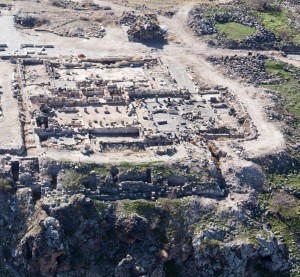 I also point out that identities in the Roman Empire are what anthropologists call “collectivist” as opposed to “individualistic.” That is, the way one is understood in wider society, as well as the person’s own perception of him- or herself, is the individual as an extension of his or her wider reference groups (the individual’s “collective,” however that is understood). Thus, people simultaneously represent themselves and also their village, family, and/or ethnic group (for example, “Jesus of Nazareth”—in this construction, Jesus is understood with reference to his Galilean hometown). This is opposed to the North American context, wherein individuals do not automatically reflect on their hometown, lineage, etc. (although it is certainly possible! “Collectivist” and “individualistic” should be thought of as on a sliding scale, and certain socio-cultural conditions push a group a more or less in one direction). This is how I’ve explained these differences to some of my students: “When you go out on Saturday night, the entire honor of your family is not at stake with every decision that you make over the course of the night, which is probably reassuring for some of you. If you lived in Graeco-Roman antiquity, you’d constantly have to worry about whether you were reflecting well on your family, your kin group, and your home village.”

Reflecting on Emir’s comment about not being aware of dimensions of his identity that others fixated on, I’m also going to be sure to emphasize the flip side: while identities can no doubt be constructed, they can also be imposed. We can be made into something that we do not intend. Something that we do not necessarily privilege or even understand about ourselves. 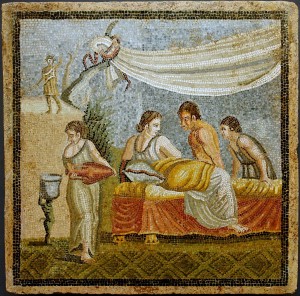 The notion of imposed identities helps make sense of perhaps one of the oddest identities in the ancient world: the Christian one. As many people know, the word “Christian” is only used three times in the New Testament—and always when people are being named by others (Acts 11:27, 26:28; 1 Peter 4:16)—that is, it seems to be a charge waged against people who are perceived to be affiliated with Jesus. “Christianity” did not even become a common term until well into the second century. 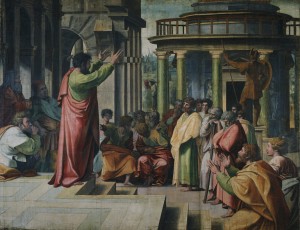 Admittedly, it’s a hard notion for many of my students to grasp that many of the people we think of as “early Christians” did not know themselves as “Christians.” But many of those “early Christians” understood themselves as ethnic Judaeans, and their cultic practices and shared cultural traditions were similar to those of other ethnic Judaeans, save for their interest in this Jesus fellow. If we rely on how the texts reflect the emergence of the “Christian” identity, we are nudged in the direction of seeing that a “Christian” identity appears to be imposed on many from without, even as it was actively co-opted by others as a desirable identity (on the latter, think, for instance, of the second-century Passion of the Scillitan Martyrs). Like Emir, probably some of the first people to be called “Christian” did not know they were Christians; to their own minds, they were Judaeans. It was others who decided to make their interest in Jesus the most significant and decisive feature of their identity, and it was outside their control.

So, I remind my students, even the “religious” identities that we take for granted to be recognizable both now and in antiquity, are rather fickle things. And even when you are trying to craft your identity in one way or another, somebody else might be singling out some other feature to matter more than those you have focused on. In fact, once you start looking for identity conflicts out there in the world, you will see them everywhere. While that might be overwhelming at first, the alternative—refusing to see how people try to construct and contest identities and assuming instead that they have well-defined, unchanging and ingrained boundaries—is far less interesting. And far more dangerous in such a pluralistic world.