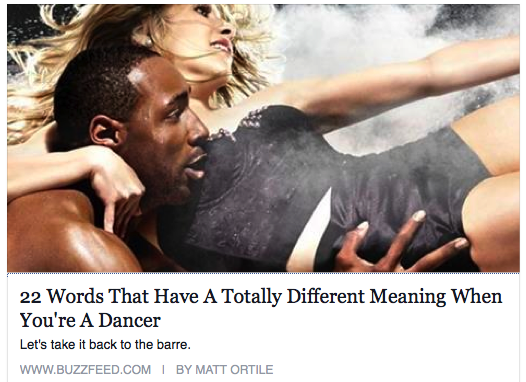 I see posts like this on social media all the time (click it if you’re dying to find out what those 22 words are); what I think drives them is a general failure on the part of many to understand language as a tool used by groups to achieve a variety of social ends and not a universal medium in which we all just naturally swim. For only if we assume the latter would we be shocked to find out that what we mean by some word is not what they mean by it.

This is a hill that we continually have to climb in the introductory course in our Department: to persuade new students that just because they might use, say, the word myth or ritual or cult or even religion itself as part of their daily speech, the words might mean something entirely different in our class — that the words do different work in different settings. (Anthropologists surely experience much the same with “culture”…)

Those who resist this strike me as failing to understand that the academic study of religion is no less specialized than any other domain within the university; but other fields have the benefit of a technical terminology far removed from daily speech — few of us walk around talking about “the gravitational constant” even though we all know what happens to a ball when we throw it. So we arrive in a Physics intro course feeling rather humble, maybe even intimidated, for we know from the outset that our commonsense view of the world is not something we’re drawing upon in that class, that we’re there to be introduced to a technical specialty that will depart considerably from the taken-for-granted. In fact, our commonsense view of the world might even become our data (e.g., studying the blind spot of the eye in an anatomy course).

And thus, while recognizing that these two processes are of course inter-related, the skill of the many 100-level professors is likely to familiarize students with a field’s technical terminology, whereas the skill of the intro Religious Studies professors is possibly first to defamiliarize students with their folk view of the world before ever getting on with the business of teaching them the new material; for only by doing the former will space be made to entertain accomplishing the latter.

But how to do this though?

Well, one thing I try to do is never to have students use regular dictionaries for technical terms — we’re not looking for a broad sample of how people who speak English use this or that word (say, society) but, instead, were interested in how scholars use the term and what sort of work it makes possible for them carry out. Unless we’re seeking to accumulate data (such as examining how some population talks about, and thereby organizes, their world), we’re probably acquiring tools in that class, and refining technical vocabularies; so dictionaries of the Oxford or Webster variety are of little use to us in the introductory course.