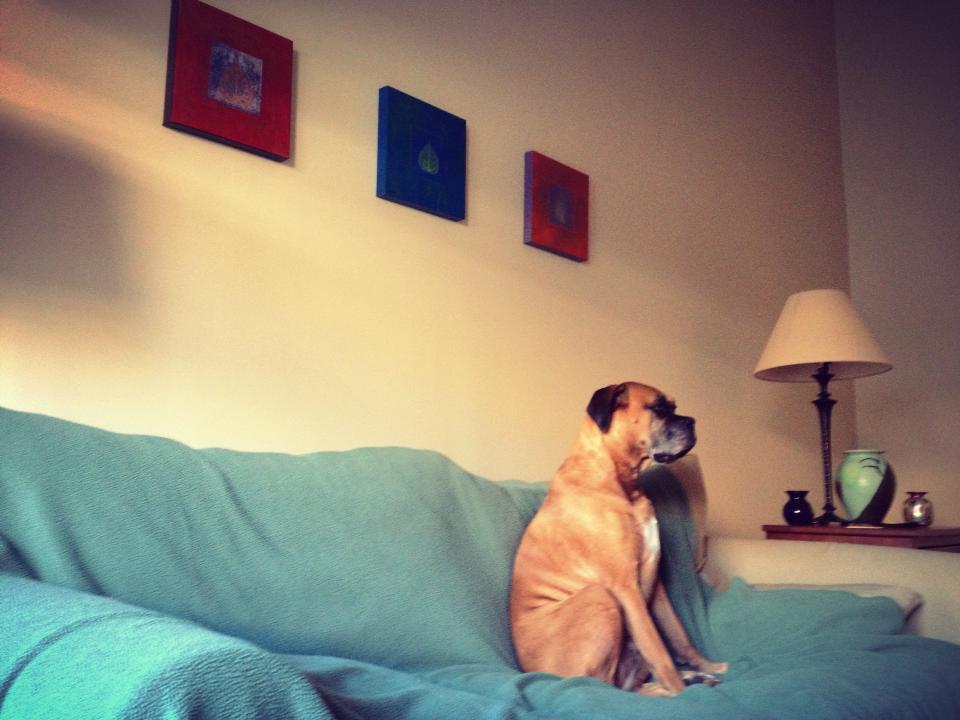 Anyone who is a virtual or actual friend of mine knows that we have a dog, Izzy — a 7 year old boxer that we’ve had for 6 years. (Ok, let’s just be honest: she has us.) Why? Coz I’ve posted a pick or two of her over the years.

She’s cute, what can I say?

Last night, seated in the living room, it occurred to me what a great illustration she provides of how we can talk about structure — as in social structure — and agency, and doing so in a way that doesn’t emphasize the one to the exclusion of the other, as if we are all mindlessly determined by forces larger than ourselves, on the one hand, or, on the other, as if we are all following our bliss and freely inventing ourselves every moment of the day. For it is surely somewhere in the middle, no? As I’ve said on plenty of other occasions, none of us invented the grammar that was pounded into us as children but, in the midst of using it, we can tweak it too — ain’t that right? And if we’re successful in the tweaking, then those who come after us will think that’s just one more of the rules they ought to be following.

But back to Izzy…

She is a herder — a working dog. It’s tough to get her to leave the house for a walk unless she’s trailing behind everyone else who’s also there; her job is getting them all to the door — even if she’s the only one who eventually heads out.

Consider that picture above, in which she’s seated upright, where my wife often sits, but in place of her, holding her spot, as it were. We read this behavior as beckoning us to come to the living room, to join her and assume our rightful places — my wife over there on the couch and me in the chair from which I snapped this photo. And if we do follow her lead, Izzy then happily vacates that spot, assumes her usual position on the other end of the couch and, after circling who knows how many times, happily settles down in a tight little ball for yet another nap — her job is done.

That we each often sit in these two places just happens to be the case, of course, but when Izzy came along she wasn’t aware of the happenstance nature of the situation; her job, from that time on, was to police that arrangement (along with that stuff toy she carries around with her, routine and pattern are her constant companions) and make sure that it continues to happen that way — which, I think, nicely illustrates the curious relationship between historical happenstance and necessity.

For it strikes me that one is best described as empirical while the other is social; due to countless factors — among which are a variety of prior social actors’ intentional actions, no doubt, but there’s a lot of sheer accident and unanticipated outcome mixed in there as well — things on the ground just happen to be this or that way at this or that moment. But, once on the scene, we work very hard to make sure that things continue along as we found them. We all know that laws change, that they’re a historical phenomenon like anything else, but until some glacier-like movement happens people tirelessly police normative behaviors, with a consistency that lends the impression that it has always been that way and always will (regardless their efforts). Instead of being a naturally found object, this normativity, then, strikes me as coming from our own changeable behaviors, our efforts to conserve a world as we found it, pushing aside the happenstance of the situation and leaving only the appearance of necessity, inevitability.

(The invention of such categories as “miscellaneous” and “none of the above,” or the way virtually every new law has a series of exemptions [i.e., loop holes] built into it, is further evidence for the way necessity or universality are social inventions mapped onto uncooperative and inevitably changeable happenstance situations. For what law would work if it actually applied to everyone? After all, speeding ambulances shouldn’t have to stop and wait for the light to turn green like the rest of us, right?)

So every time I see Izzy sitting in either of our spots in the living room, exercising her agency by patiently willing us to join her, to sit so she can sleep, I think of structure and agency, happenstance and necessity, and the way that the one works with the raw material of the other to erase its impression — something I also think about each time that we inevitably relinquish our own agency and dutifully occupy our rightful spots. 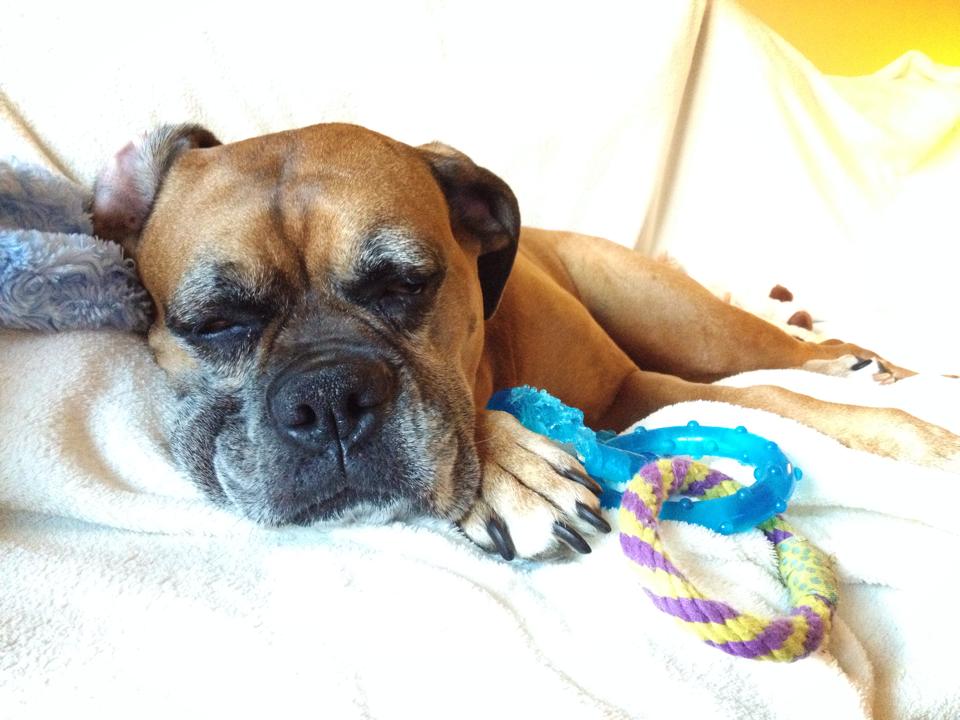