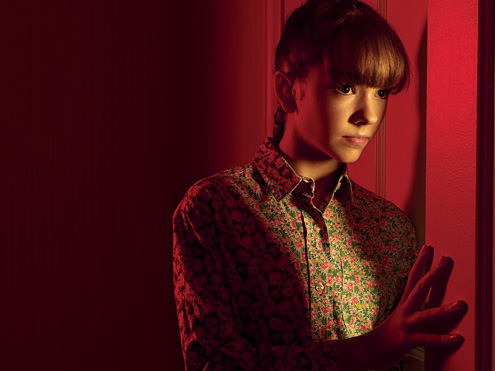 The theme of children discovering religion apart from their non-religious parents is also developed on another popular show. Set in the 1980s during the Reagan Administration, The Americans is the story of two Russian spies who have set up a home and a family in the vicinity of Washington, DC. Philip (Noah Emmerich) and Elizabeth Jennings (Keri Russell) execute frequent missions on behalf of the KGB under their cover as owners of a travel agency. Their children know nothing of their parent’s “true” identities, although the teenage daughter, Paige (Holly Jennings), is beginning to suspect that things are not quite what they seem.

Like Alicia Florrick in The Good Wife, Philip and Elizabeth have no idea why their daughter has suddenly sought out the company of other kids in a local church youth group. Their conception of American culture does not include religious affiliation so they react to their daughter’s commitment with confusion and caution. Still, Paige persists in her religious quest, even dropping her after-school sports activities in order to join her friends at church. In one irony, Paige decides to keep her parents informed about her religious activities—this in response to their concern that lying to one another has no place in family. A second irony, perhaps, is that the KGB never prepared Elizabeth and Philip for this eventuality. The two spies have given up their language. They have adapted to American ways. They have been provided with an elaborate backstory to account for ancestry and education. But apparently the KGB determined that some kind of religious affiliation, as part of the background, was not necessary…. 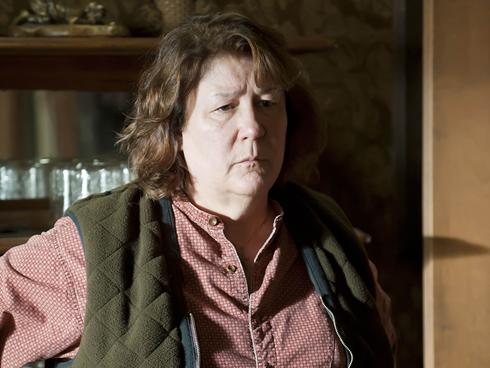 The Jennings’ KGB supervisor, Claudia, is played by Margo Martindale and the connection through her leads us back to the South, and back to one last program: Justified.  Throughout Season 2, Martindale is featured in her Emmy Award winning role as Mags Bennett, the matriarch of a powerful, brutal, and at times, crazed criminal enterprise in the hollers of Harlan County, Kentucky. A key element in Justified is the religious rhetoric that figures so prominently in the parlance of the characters. In one memorable scene, the community gathers in a church to discuss the prospect of selling land to the Black Pine mining corporation. From the pulpit, Black Pine executive, Carol Johnson (Rebecca Creskoff), rehearses a creation narrative that concludes with the assertion that God put coal in the land to bring prosperity back into the community. Mags engages the theology directly: “Apparently Black Pike is here to help us realize God’s great plan,” she intones sarcastically; “and all they’re asking us to do is let ’em cut the top off our mountain.” Here then, is the evangelical piety that was lacking in Nashville, according to Carrie Allen Tipton. In Justified, biblical imagery is frequently conjured up by characters on both sides of the law to articulate plans and justify activities.

Concluding Note: In these entries, I have surveyed a number of currently popular television programs with emphasis on the explicit references to religion that appear in them. I do not mean to suggest that these references are the most important aspects of the shows from an artistic, a commercial, or a religious studies point of view. My interest has been to enter the narrative worlds of these programs through a narrow gate in anticipation of wider explorations.

To see the previous posts in this series click here, here, and here.