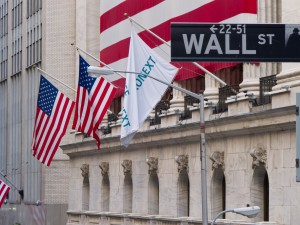 Recently, after having watched The Wolf of Wallstreet, I began to ponder the perception of Jordan Belfort, the main character, in the eyes of other audience members. It became evident to me that Jordan Belfort could be seen as both a hero and a villain depending on one’s personal beliefs. In case you have not seen or read the story of Jordan Belfort, here is a little glimpse of the film:

The film tells the story of a young stock broker gone rogue in order to build an empire of money. Along the way he changes not only his own life but the lives of so many others. The first impression I held of Jordan Belfort, after having watched the film, was one of heroism. As a matter of fact, soon after developing my own opinions on Jordan, I learned that many other film critics, such as Roger Ebert, and mere friends of mine held the same views. So realizing this, I began to think about what made Jordan a figure to look up to in our eyes. As you can imagine, it wasn’t very hard to pin point. The scenes of Leonardo DiCaprio, Jordan Belfort in the movie, living life to its full potential and smashing the limits wherever they hindered him was glorious. He was a rockstar on Wallstreet, who paved a pathway for many others to become filthy rich. What was not to like about this guy?!

Well it suddenly struck me that the exact reasons I held him on a pedestal were the same reasons many other friends of mine and critics of the movie thought of him as a villain. Undoubtedly, Jordan’s harshest critics must have been more concerned by the path that he took to reach his level of success, a path considered by many as immoral. In fact some of the same scenes in this movie helped mark many individual’s opinions of Jordan as either glorious or cruel. It is this array of opinions that make stories of protagonist or antagonist, depending on your point of view, so interesting.

What makes an individual character a hero or villain? And how do we allow ourselves to make these judgments?

These are the questions we must ask ourselves when labeling a character in our minds. By no means is Jordan Belfort a simple character; he is complex in so many aspects. And it is because of this complexity that so many opinions exist about Jordan Belfort. And with this knowledge, it can be implied that the audience’s critical thoughts and opinions are simply a byproduct of their own personal background and beliefs.