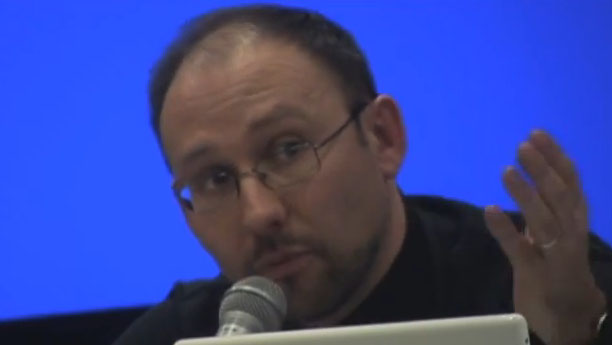 On March 4, 2014 at 7:00pm in Gorgas 205, Dr. Richard King, University of Kent, will be presenting his “From Mysticism to Spirituality: Colonial Legacies and the Reformulation of ‘the Mystic East” for the 12th annual Aronov Lecture for the Department of Religious Studies. Prof. King’s work focuses on the history of European colonialism and the study of South Asian cultures, histories, and traditions. He also has a particular interest in Indian philosophical thought in the period between 200-900 CE and especially the formation of various Mahayana Buddhist schools.

And, thinking of the Aronov Lecture, there’s an upcoming collection of these annual lectures to be published later in 2014 by the University of Alabama Press, that also includes contributions from our own Profs. Steve Jacobs, Russell McCutcheon, Ted Trost, and an introduction from Prof. Steven Ramey, who is also this volume’s editor.

The volume, Writing Religion: The Case for the Critical Study of Religion, features chapters from each of the Aronov Lecturers over the first decade of the series at the University of Alabama. Some of the chapters reflect the original lecture presented, while others provide a different example of an Aronov lecturer engaging in the critical study of religion. These chapters together illustrate a range of approaches and analyses that demonstrate the value and relevance of our field. In an extensive introduction, the volume editor argues for this approaches, noting how the chapters highlight discursive strategies, issues of power and equality, and a variety of other challenges within the field.