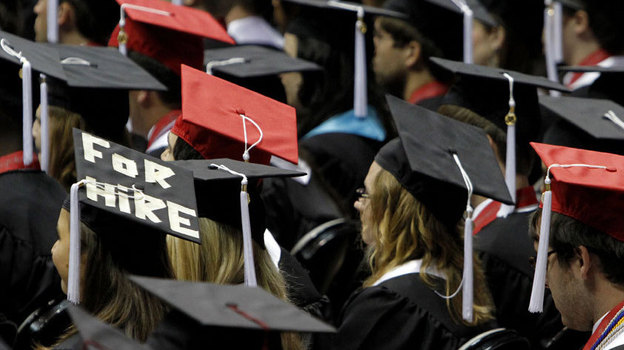 He reports that this pic has so far been used online as a stock graduation photo by NPR, The Blaze, and Jezebel. He’s therefore let us know that he is willing to play the role of a university graduate, even a student (say, reading on the grass of a quad, smiling while drinking coffee in a library, studiously listening to a lecturer just off camera, etc.). He is able to play any and all majors (in a lab coat holding a test tube, wearing a tweed jacket with elbow patches, or using a calculator with a pencil behind one ear), and is open to appearing in publicity photos for a variety of non-profits and even a few corporations.

In fact, he’s already landed a second gig (back row, on the left — look for the bow tie).

Chris Scott graduated from UA in 2011 with a major in Religious Studies and a minor in Philosophy. Since completing an MA in Arab Studies at Georgetown University in 2013 (preparation for which included traveling to Jordan in 2010 with the Critical Language Scholarship Program), he has worked as Program Coordinator for the Iraq Scholar Rescue Project at the Institute of International Education, as well as at the Kuwait-America Foundation. So a modeling career would be on the side.