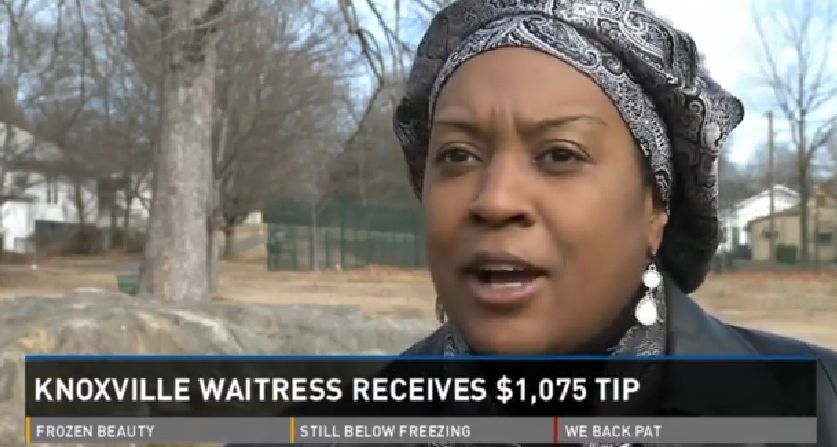 Every now and then you hear about a really large, anonymous tip that’s been left for a server — here’s a story (including video) from the other day on this very topic, from nearby Knoxville, TN.

Of course, it’s hard for a scholar of religion not to hear things we commonly call religious scattered all throughout this story, like the

Jesus has blessed us and we were led to give it to you.
God Bless!

note that accompanied the tip, as well as the recipient’s conclusion that God led these kind people to her in her time of need, not to mention the concluding report that she’s been searching through scripture to see if the amount left, $1,075, is significant for, after all, it’s “not exactly a nice round number.” So there must be “some significance to the number,” right?

But what if we, as scholars of religion, reconsidered how we focus on her attempt to make sense of this unanticipated event — drawn as we surely are to zeroing in on her use of God-talk — and, instead, saw her efforts to make sense of this anomalous situation as but one species of a far wider human genus that includes you and I trying to figure out causes and motivations of any sort? The things we call religion, then, likely wouldn’t stand out so much for us and, instead, we’d see this thankful Knoxville server as exhibiting a routine, culture-wide practice. Sense-making, and the study of how we allocate significance, would then be our focus, one we’d share with scholars from all across the human sciences — making the thing that we call religion mundane but, perhaps, interesting in a whole new way.

For David Hume, as far back as the mid-18th Century, persuasively (I’d say) argued that the very notion of a cause, of any sort of a cause, is a pretty peculiar thing; for it is not an empirical object that can be observed but is, instead, an idea, an imaginative inference, that the observer forms based on how they see the world, based on past experience of events that are perceived by them to be aligned with each other in what we call space and time (two things are contiguous, that is).

For instance, he writes in his A Treatise on Human Nature (published in 1739-40; click to enlarge): 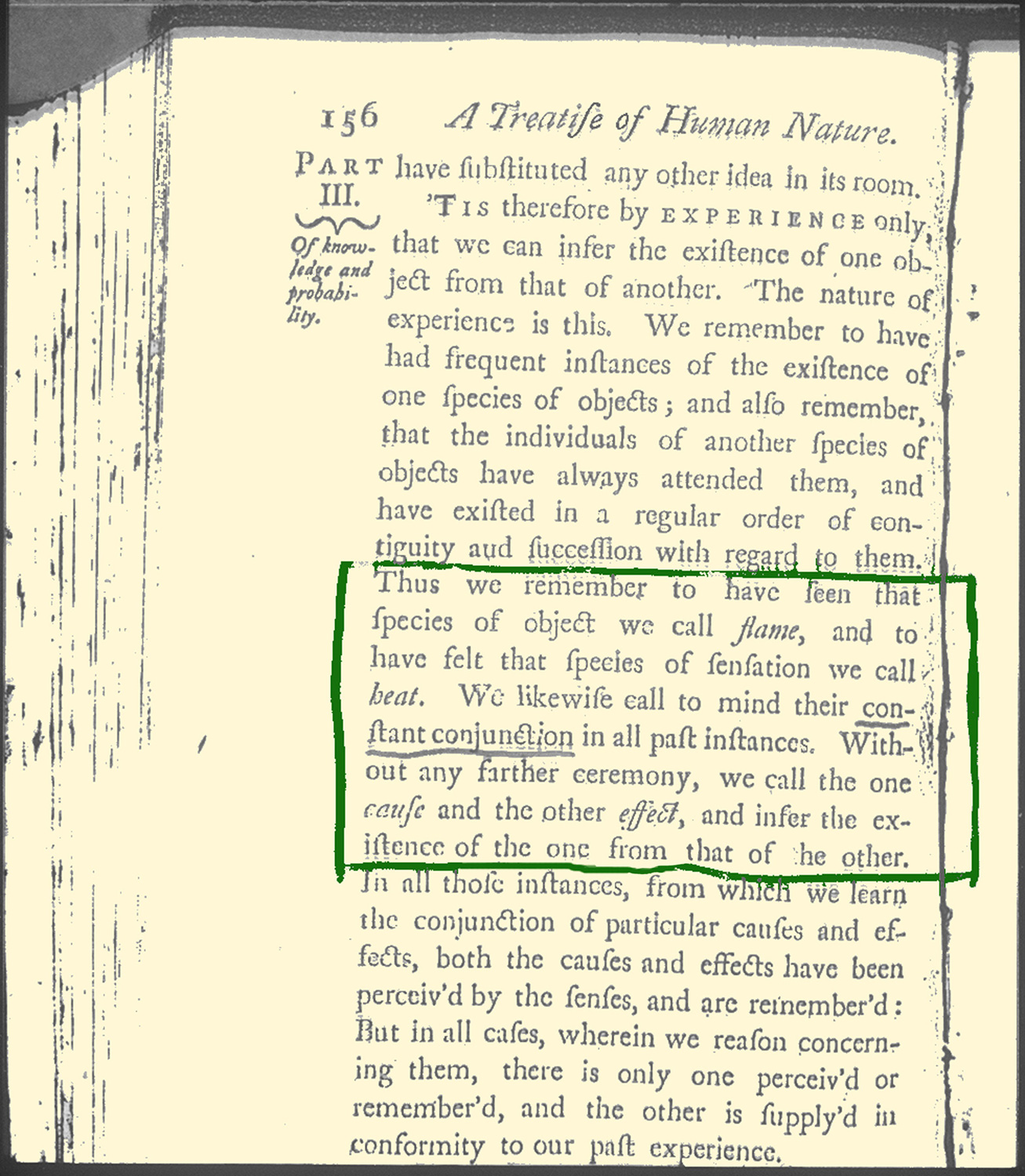 So while there’s all sorts of different ways of offering an explanation of something’s cause —  thereby making sense of something inasmuch as it is now understood to be part of an order, i.e., is part of a sequence with something else that we think we understand — the very effort to anchor one item or event in relation to some invisible, motivational force thought to be contained in another is itself artful work that, by definition, has rather fanciful features to it that we often overlook. Thus all explanations, all attempts to make sense by positing cause/effect relationships (such causes, motivations, intentions, etc.), are now seen to be curious things that we do — whether to make sense of how the stock market works or why we got a $1,075 tip — to bring order to a world whose “true springs and causes of every event” are, as Hume wrote on another occasion, “entirely unknown to us.”

(And yes, my very positing that offering explanations of any sort has the result of bringing order is itself a cause/effect statement that constitutes its own data — being human is so very messy, no?)

While some modes of explanation are surely suited to certain social/institutional settings — i.e., are the building blocks of those settings’ legitimacy and the way social actors understand themselves and others — they’re now all equally interesting to the scholar who makes this little adjustment in their focus.