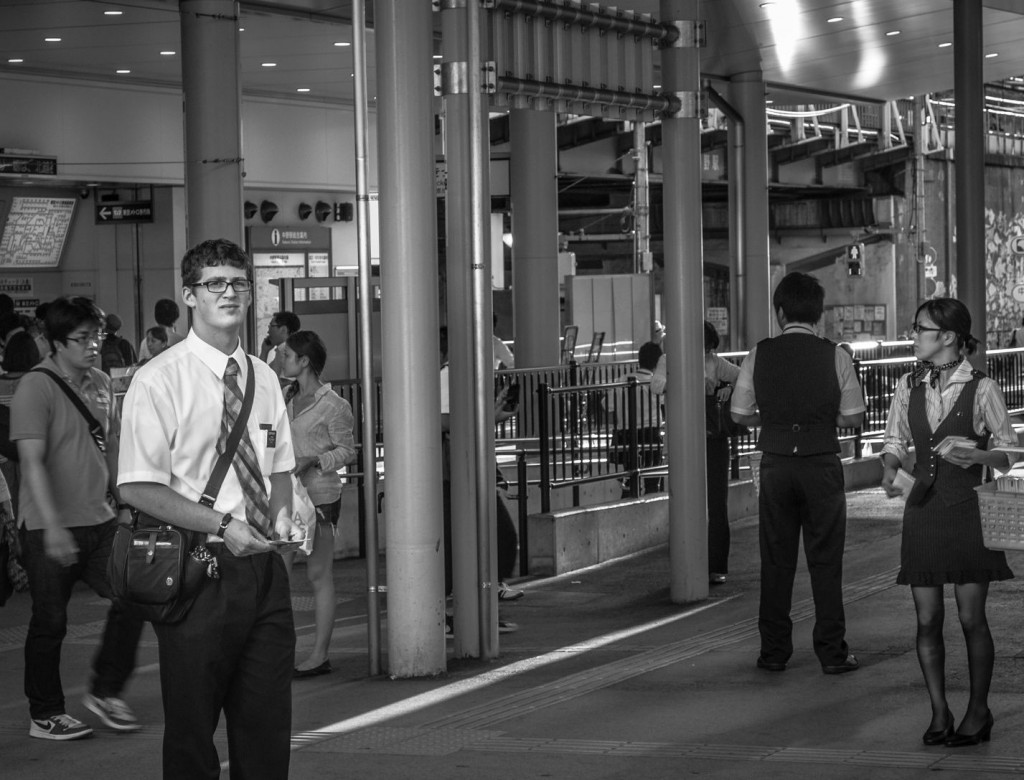 In 2005 I had the good fortune to attend a conference in Japan. Out exploring a little corner of the city one afternoon, I crossed one of those stereotypically busy Tokyo intersections that you sometimes see in the movies — me, my friend Willi, and hundreds of other people — and, on the side we were all heading toward, I spied two clean-cut, blond-haired young white guys in white shirts, black pants, and conservative ties, standing side-by-side and handing out something to everyone who walked by.

You guessed it: American Mormon missionaries.

So, being the inquisitive scholar of religion that I am, I turned our stroll into a fieldwork opportunity and headed straight toward them to get a copy of whatever tract they were handing out. But what came next was somewhat surprising: as I reached out to take the card from an outstretched hand he clamped down on it and, instead of spreading the good news, refused to give it to me. So there we stood, with hundreds, maybe thousands, of midday pedestrians passing around us, looking each other in the eye and each holding tight, for several seconds, on our edge of that card — until I won the tug of war, that is, and snatched it from his grasp. 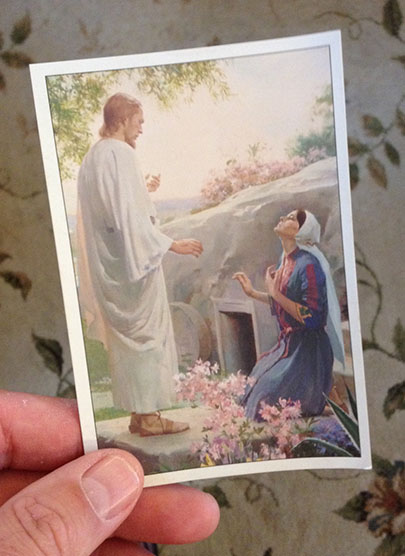 I had just met a missionary who refused to give me his literature.

That’s got to be a first.

That the backside of the cards — bearing a picture of the newly risen Jesus and Mary on the front — turned out to be printed in Japanese told me something about his possible motives for resisting, surely due to his assumptions about my language competencies (presumably based on the way I looked). But what I thought was even more interesting than this case of profiling was the practical reasoning that his actions seemed to betray — for despite common theological claims about God’s transcendent, miraculous power, it seemed as if this young fellow somehow was resigned to the (shall we call it) fact that the message was constrained by its medium.

How, when, and why one switches from one mode of thinking to another is the interesting question here, no?