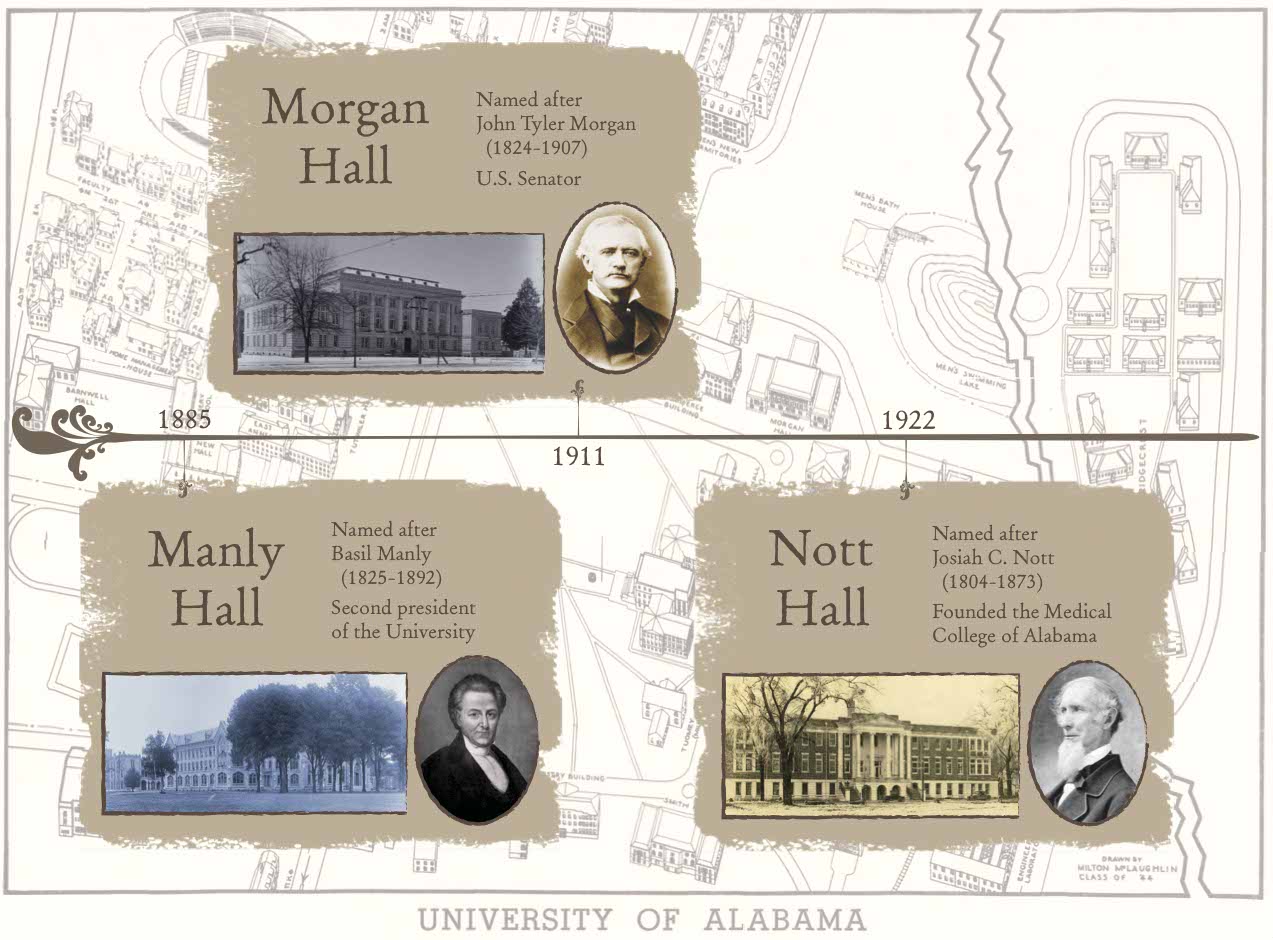 The other day I stumbled across an intriguing article in The Crimson White (CW), the University of Alabama’s student newspaper, about the history of some building names at UA. The brief article reflects on the history of the three men that Manly Hall, Morgan Hall, and Nott Hall are named after by elaborating on their stances concerning slavery, race, etc. and discusses whether the University should go about either incorporating this “forgotten” history or moving away from it all together.

What caught my attention though was the cover story’s title, “Building Names Reflect a Forgotten History.” I think “forgotten” is a little misleading, though. While UA’s controversial history with regard to race relations is anything but a secret (especially with all the recent national media attention on the segregation in our Panhellenic system on campus), we tend not to broadcast it on campus tours when trying to sell our image to future students.

“Currently at the University, the plaques in front of Nott Hall and Morgan Hall do not address the negative connotations with their namesakes’ history, nor does the tour section of the University website. Furthermore, the backgrounds of the namesakes of buildings on campus are not mentioned in the official campus tour given by Capstone Men and Women….”

However, should one wish to learn about Basil Manly, John Tyler Morgan, and Josiah C. Nott, it wouldn’t be that hard. Let’s just say it’s not something they mention as they joke about what was once called Women’s Studies being located in Manly Hall (cue audience laughter).

Now, I don’t mean this as a criticism, of course. Rather, I think the author of this CW article nicely illustrates how we construct a historical narrative (including some things, excluding others) to suit our contemporary purposes. It shows that this thing we call “history” isn’t really about history, it’s about “us” and creating a strategic narrative within which a social group can operate and identify itself.