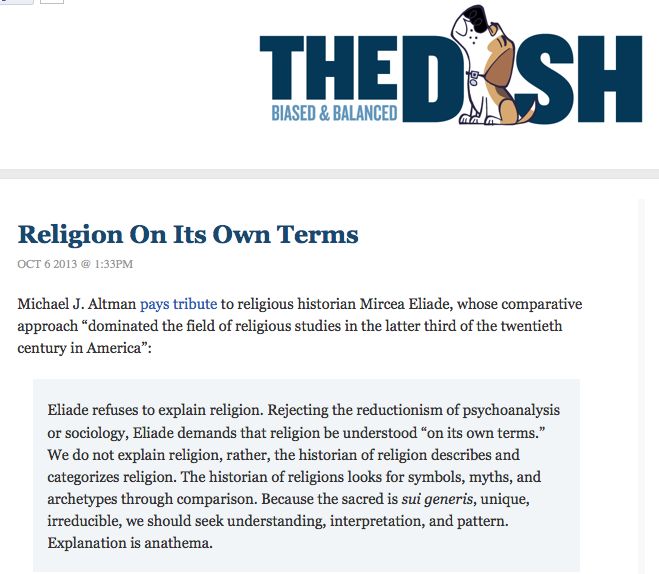 So, did you catch that Prof. Altman‘s recent post on Mircea Eliade (which was linked here) was just quoted on Andrew Sullivan’s blog. Maybe you’ve seen Sullivan on TV as a political commentator or maybe you follow his blog — he’s certainly got a national media profile.

But did you read Mike’s original post? If so, what do you think of the particular quote from it that appeared on The Dish? Is this what Mike’s article was about…? Was it a tribute to Eliade and studying religion “on its own terms”?

So, in this case, was The Dish biased or balanced?

[Interesting in Mike’s thoughts on the issue…?]