I was sitting in at Tim Hortons this morning, having a cup of coffee and reading a book, when I began to think about how it’s funny where life takes you. I grew up in Ft. Payne, Alabama–a small town by its own admission, snuggled in the valleys of the Appalachian foothills. Now, I am close to finishing the first semester of a Master’s program in Religious Studies at the University of Alberta in Edmonton, Canada. How did someone from Alabama end up in Edmonton?

Well, although I have learned to be suspicious of such “myths of origin,” I can think of no better way to begin than by sharing the story, anecdotal though it may be, of how I became interested in the field of “Christian origins.” I had transferred to the University of Alabama in my third year of college, and had already developed an interest in studying early Christian history, so I decided to major in Religious Studies. I recall that “fateful day” in the Fall of 2002, when I walked into the office of my advisor, Russell McCutcheon, and informed him of my interest in studying early Christian history, using the New Testament as an “artifact” to aid in the description of the communities behind the texts. Upon learning of my interests, Dr. McCutcheon handed me a Xerox copy of Burton Mack’s article “On Redescribing Christian Origins,” suggesting that I read it and see if I might be interested in that type of work. Well, I was interested, and still am, and I’m now in Edmonton pursuing that interest.

I decided to attend graduate school in Canada for a number of reasons. For one thing, it costs less money to go to school in Canada, even paying international tuition rates. There was also the appeal of spending time in another country, with all the experiences and opportunities that come with it. Plus, I was awarded funding. I am working as a research assistant for Dr. Willi Braun, who I met in Spring 2003 when he gave a lecture at the University of Alabama. Meeting Dr. Braun and learning about his academic interests also influenced my decision. Looking back on my time at the Department at Alabama, I feel grateful. We were a small Department, but that was part of its charm. I made friends with students and professors alike. I ate pizza and drank Jones soda with them at Movie Nights, and laughed with them while imbibing beverages at Happy Hour. We were a community, and a great one at that. The fact that many of my fellow students were also my best friends actually helped prepare me for graduate school, as we often had conversations that integrated “Religious Studies stuff” with “real world stuff.” I recall a conversation with my friend Mike Winder, in which we pondered what Jonathan Z. Smith might have to say regarding the various mythic elements found in Star Wars, as one of the more amusing examples.

In that increment of time between August and May which we refer to as the “academic year,” life happens. In our Department, it was a good life. On paper, the Department of Religious Studies is just a curriculum and a list of courses. In reality, it is a community. As with all communities, people come and go. Professors take new jobs, and students graduate. The motion of life carries us along with it. But whether it takes you to a Canadian grad school or somewhere else, if you started at the University of Alabama’s Department of Religious Studies, you had a damn good start. 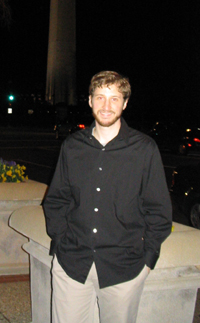