“Of making many books there is no end, and much study wearies the body.”Have you ever found yourself in this situation? “Hello good sir/ma’am. I certainly do hate to bother, but would you happen to know a certain Mr. Adam of Beach? If so, what has he been up to and how on earth is the old cap doing?” Sound familiar? Well, it should. A study shows that 4 out of 5 Americans prefer hearing about someone instead of being attacked by a vicious dog. Are you tired of making up excuses for not knowing how Mr. Adam of Beach is doing? Well then move to the edge of your seat because you are about to find out!

According to ancient legend, after graduating from UA, Adam and his wife, Keitra, moved to New Orleans, Louisiana to continue his studies at New Orleans Baptist Theological Seminary. The details are sketchy, but apparently a baby somehow managed to sneak her way into the Beach home, thus creating a family of three. Rachel Marie Beach was born in May of 2003 and continues to reside with her parents. Keitra works as a 2nd grade school teacher and is taking night classes to pursue her Master’s in Administration.

Having been inspired by the faculty and told by Dr. McCutcheon to leave or pay rent, Adam sadly departed the Department of Religious Studies at UA and headed for New Orleans Baptist Theological Seminary. Adam is finishing his M.A. in Theology with intentions of concluding with a Ph.D from New Orleans as well. Recalling grand memories of bothering the wonderful Miss. Betty and the fantastic feeling of paper cuts, Adam continued the UA tradition of work-study by fighting tooth and nail for the position of secretary for the Ethics professor, Dr. Jeff Riley, where Adam continues to make copies and expediently answer the phone.

Adam was quoted as saying, “My time with the Department of Religious Studies was fantastic. The faculty and students allowed me to question, study, learn, and grow as a person and as a Christian. The study of religion allows us to understand and appreciate worldviews and beliefs foreign and similar to our own while forcing us to evaluate and clarify those of our own.”

So now you know. Fear not, for you are now prepared for the next time someone asks you of Mr. Adam of Beach. Until we meet again, keep this joke in mind: A Shetland pony, one of those miniature horses, was giving a speech one day in an auditorium. He was on stage talking when some people in the back row started yelling, “Hey bud, speak up! We can’t hear ya!” The Shetland pony leaned forward into the microphone and said, “Sorry about that, you’ll have to forgive me. You see . . I’m a little hoarse.” 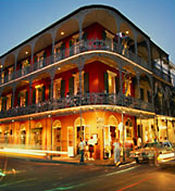